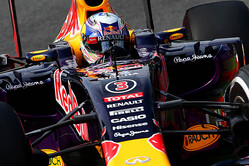 Whilst its energy drink claims to give you wings, it's fair to say that unless it gets its way, Red Bull will certainly give you grief.

In the midst of its messy divorce from Renault, and having been denied an engine supply by Mercedes, the Austrian team (and its sister's) only hope appears to be Ferrari.

Indeed, speaking at the weekend, team boss Christian Horner admitted that should Ferrari follow Amy Winehouse's example and say 'no, no, no', his team would be in serious trouble.

"Then we have a major, major problem as effectively we are a team without an engine," he told Sky Sports F1. "The onus is really on the powers that be to come up with a solution or risk losing not only Red Bull, but also Toro Rosso as well.

"There is a chance, how big that chance is doesn't depend on us, it depends on others. It is a Ferrari engine or nothing. Mercedes won't supply us and there is no other option."

However, not only is Red Bull seeking engines from Ferrari, it is demanding total parity… or it walks.

In an editorial on its own website, Speedweek, though no direct quotes are carried, it is made clear that Red Bull is insisting on receiving the same engines as Ferrari's works team or it leaves the sport.

"For those among us who have listened closely to what Red Bull chief Dietrich Mateschitz and his motor sports consultant Dr. Helmut Marko said recently and who interpret it correctly and put together one and one, a clear scenario emerges: Red Bull Racing and Scuderia Toro Rosso will pull out of Formula 1 after the 2015 season," reads the editorial, according to Motorsport.com.

In much the same way as Ferrari previously used its infamous Horse Whisperer to get its message across, Speedweek, on behalf of Red Bull continues: "Red Bull doesn't want to have customer engines that have 30 to 40 hp less and can be manipulated by the constructor in case of the customer team endangering the works team.

"Red Bull would like to continue in F1 only if Ferrari is willing to provide true works engines that are on the same level as the engines of Vettel and Raikkonen."

It was also made clear that the demand applied to both teams.

"A partial pull-out with Toro Rosso remaining in F1 is off the table now, too," reveals the editorial. "Why should Red Bull want to develop talents like Verstappen and Sainz when there is no possibility to have them make a step internally in the footsteps of Vettel, Ricciardo and Kvyat?"

With Ferrari yet to agree a deal, even though Maurizio Arrivabene has said the manufacturer is not afraid of the competition, it will be interesting to see how the Italian company reacts to such a blatant threat.

In the meantime, Volkswagen's much publicised issues, which has already seen $25bn wiped off the value of the company, and could result in fines of up to $18bn, leaves the German giant with a little bit more on its mind than the increasingly irritating demands of an energy drink manufacturer.