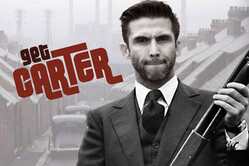 Following one of the best grands prix of the week, possibly month, the Pitpass team can barely contain its positivity. Mostly because if they don't they're worried they'll be blamed for all of Formula One's problems by Lotus CEO, Matthew Carter.

Chris Balfe, Max Noble and Mat Coch return to discuss the British Grand Prix, agreeing unanimously that there are certainly no problems in Formula One and that the Silverstone event should be taken as clear proof that everything is brilliant and nothing needs to change. Ever.

Okay, maybe a couple of minor modifications are suggested but in a very positive, not at all negative, way.

There was Williams' brilliant start to the race, Balfe, in particular, thought that was pretty positive. There were positive's for McLaren also with Fernando Alonso scoring his first point of the year.

Ignoring the fact that the same three men have stood on the podium six times this year, it was a positive race for the sport in general, which left the team utterly confused as to why everyone has been talking it down in recent times.

Balfe even finds positives in Lewis Hamilton's latest 'granny' sunglasses, though in fairness he was scraping the bottom of the barrel at this point.

There's constructive criticism - in a positive way, of course - in terms of McLaren and Red Bull, and suggestions Valtteri Bottas heading to Ferrari might not be the worst thing for Daniel Ricciardo.

It just goes to show that the opinion of a Lotus CEO - which, incidentally, Balfe refers to as the most flagrant example of brown-nosing Bernie Ecclestone he has ever witnessed - and a tenuous 1970s movie reference, are all the sport really needs to solve its problems. Which is just as well as we were beginning to fear that certain spineless senior figures in the sport fearing to speak out might actually be one of the main causes of F1's current "headache". Headache, of course, being the term used by FIA president Jean Todt to describe the current state of F1, though he too was no doubt influenced by that nasty negative media.