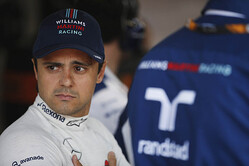 Felipe Massa finished fourth and Valtteri Bottas fifth after running 1-2 in the first stint of an exciting British Grand Prix today. After a brilliant start, Felipe took the lead of the race, holding on to the position until the first round of pitstops. Valtteri was racing for second off the start, eventually holding third until he was able to capitalise on a mistake from Hamilton to retake the position after a brief safety car period. Hamilton jumped both cars in the first pitstops before rain played havoc with the field allowing Rosberg and Vettel to move ahead as they stopped for intermediates.

Felipe Massa: It is a frustrating result because the race was amazing today. I had a fantastic start and we were fighting with Mercedes the whole time, it could even have been possible to win the race if it had stayed dry, which is great to see. It was a shame to lost positions in the rain. We waited one lap longer on the second stop which is where we lost the opportunity to be on the podium. That shower also highlighted the car's weakness in the wet.

Valtteri Bottas: In some ways it was an incredibly frustrating race, and others it was very pleasing. Both cars had great starts and we raced the Mercedes with genuine pace, but when the rain came I really struggled with the intermediate tyre. I was allowed to race Felipe, but it was hard to get through, and I didn't want to make any mistakes. We have to have a look the race data and make sure we continue to learn from this.

Rob Smedley, Head of Performance Engineering: There were a few moments in the race where things didn't go our way. We have to remain positive and proud of our result. The pace we showed throughout this weekend was great, we had a stunning race up until the rain came. We raced two cars against both Mercedes for a majority of the race which shows the hard work and upgrades we are bringing to the car are all working. We closed the gap on second position and moved further ahead of fourth, so it has been a good weekend.