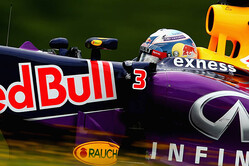 Aston Martin has been linked with an engine supply deal for Red Bull as early as next season.

The claim is made by Autocar which says that Red Bull would run Aston Martin badged Mercedes engines from 2016, though nobody from any of the parties involved has commented.

Mercedes has a 5% stake-holding in Aston Martin, just as it has a 5% holding in Renault.

Renault's lack of improvement this season, not only compared to Mercedes but to Ferrari, has led to some very public criticism from Red Bull, with team owner Dietrich Mateschitz claiming the current situation is “destroying” his enjoyment of F1. Faced with the prospect of losing his two teams from the grid, F1's powers that be would no doubt give their blessing to an early end to his contract with Renault, though it is unclear where this would leave the French manufacturer which is also considering walking away from F1, or investing in a team.

The move would also please Mercedes, for while it would give the works teams another rival, it would help offset the huge costs of its investment in the sport.

Whilst Mercedes would get the credit as engine supplier, Aston Martin, which contested rounds of the Formula One World Championship in 1959 and 1960, would become a technical partner of Red Bull and its branding would be seen on the cars.

Autocar claims the idea is the brainchild of Aston Martin boss Andy Palmer and its director of marketing and communications Simon Sproule, who were responsible for the Infiniti branding on the Red Bulls, Infiniti being the "upmarket" brand of Nissan which is in alliance with the French manufacturer.