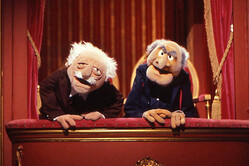 Making up for lost time, the Pitpass team rants its way through all the issues currently facing Formula One. With back-to-back races in the United States and Brazil and a seemingly imploding sport, Glen Crompton, Mat Coch and Editor Chris Balfe waste little time cutting to the core of the problem with impassioned debate and heckling aplenty.

The trio are in the Pitpass studio once again and after wasting ninety-or-so seconds reflecting on the aforementioned races quickly turn their attention to the underlying problems within the sport, questioning whether some of the proposal currently being talked about will actually solve them or are merely a sticking plaster.

Coch is of the opinion that giving the teams more money will only exacerbate the problem, while Crompo (pictured with Balfe) questions what it is that Formula One is, or at least trying to be. Concerns are raised over the reliance on drinks companies in the sport, one in particular, and whether the structure of the F1 is complicit in its current predicament.

There are positive words for Williams from Crompo which really sets things off as Balfe compares their season to Red Bull's.

Sadly, it's all downhill from there with Ferrari, Marussia, Caterham and Toro Rosso all finding themselves like deer in the headlights.

As the ranting continues, one is put in mind of those numerous 'Downfall' spoofs… F1 is currently ripe for one... still, at least nobody mentions double points.

Then again, according to Coch's final edit, nobody mentions Nelson Piquet's (car crash) podium interview either. And we're sure it was discussed.