Haas will learn from mistakes of others 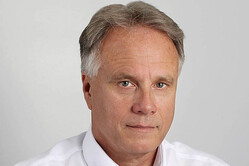 As the fate of Caterham looks increasingly doomed, F1's newest team owner is determined to learn from such mistakes.

'Those that do not learn from the past are doomed to repeat it', is a phrase that applies not only to the Leafield outfit, but Marussia, HRT and countless others who have entered the sport over the years whilst failing to heed another oft-used F1 platitude concerning how one makes a small fortune from the sport... start with a big one.

As he prepares to enter the sport in 2016, Gene Haas is watching the situation at Caterham with great interest, determined not to follow a similar route.

"I think their biggest problem was trying to get to the grid so fast," he told CNN. "For us we want to make sure that before the cars come for practice in January 2016, we will have that chassis hopefully completely assembled by November.

"We will spend a fair amount of time making sure we have the right spares, the right pit equipment, the right logistics, the right containers, all the right things that takes us to get to the race.

"The first five years is about just surviving," he added. "I don't have any grander expectations that we are going to go there and win championships. If we can even win one race in five years that would be a tremendous success."

A highly successful businessman, who has achieved success in NASCAR, one wonders, given the example of many before him, Tony Fernandes being a prime example, what it is that attracts Haas to F1, why is he risking so much on a sport where so many others have failed?

"Just the association of being with F1 basically takes a brand from nobody to the stratosphere," he argues, claiming that the sport will give his (already) successful machine tool manufacturing business even greater exposure.

"If I can achieve an extra billion in sales, we will pay for whatever F1 costs," he says. "Some teams spend half a billion, some spend 50 million dollars a year, we should be somewhere in the middle of that."

Of course, Caterham's apparent fate takes us another step towards Bernie Ecclestone's dream of third cars.

"We have a license, we will be there," says Haas. "Unless something changes that would be a shock to me. I think Bernie's objective is to have teams who are well-structured, well-funded and that race at a level that the world championship requires.

"It's the people that you partner with," he continues, a clear nod to his much publicised technical partnership with Ferrari.

"Ferrari wanted to go beyond being just an engine supplier, they were going to help us with the basic structures of the car," he reveals. "It's an honour to have Ferrari help us in this way and we take all the help they can give us because you can't really get better than Ferrari.

"I've been tinkering with cars most of my life, since I was 10 years old," he concludes. "I always had this flavour, this attitude 'yeah I think I can do that a little bit better.' I just never give up and keep trying, trying and trying. I just keep hammering away. If you keep doing something long enough, you learn how to do it and I don't think F1 is any different. It's just a challenge. Certainly the biggest challenge of my career but I don't have any doubts we can do it. You just don't give up."