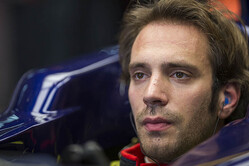 Jean-Eric Vergne: Sakhir will be the first track this year where we have already driven the latest car, as we had the two test sessions there. Regarding the new cars, from the cockpit, despite all the technical changes, they are not so different to drive, when compared to the 2013 models. You still have a steering wheel, a throttle and a brake! There are a few aspects of your driving that you have to adapt, but the real changes are on the Power Unit side, in terms of when and how you will work to save fuel during the race, compared to going flat out on a qualifying lap. I think this year's Grand Prix here will be quite special, as it is the first time we will drive this circuit at night under lights. I think that will be cool, and it will bring a special tmosphere to this race, looking a bit like Qatar for the MotoGP race. The track itself presents nothing out of the ordinary, with the usual aero compromise so that the car is quick down the straight, but still has enough downforce for all the corners.

Daniil Kvyat: It's a nice circuit, good for testing and racing with its long straights and hard braking, as well as a mix of corners and challenging ones like turn 10. I am looking forward to racing there, as it will be the first track I will drive on this year where I have already tested. But really, that doesn't make much difference to my approach, because whatever track we go to, I should learn it quickly enough.

Phil Charles, Chief Engineer: There are a few tricky sections such as braking for turn 10 (while still cornering in turn 9!) and the section comprising turns 5 to 7 where it is often difficult for the drivers to know whether to push or not. It is quite hard on brakes and rear tyres, and this often becomes a focus of our set-up across the weekend. On top of all of this, Mother Nature also makes it a bit more tricky, with high and gusting winds, a possibility which can affect car balance in the high speed corners. The high winds also mean that sand is blown on to the track, however the cleaning machines currently used do a fantastic job of clearing it up.

Running the race at night for the first time should add interest. The drop in track temperatures at the end of the day during winter testing created large balance and grip level changes, so it will be interesting to see how the race unfolds later into the night.