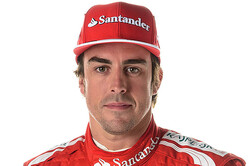 As the kick off to the 2014 season approaches, Fernando Alonso is considered the most marketable F1 driver on a global basis, according to Repucom's Celebrity DBI, which measures consumer perceptions of celebrities.

Britain's Lewis Hamilton is the second most marketable while Felipe Massa, Sebastian Vettel and Kimi Raikkonen make up the top five.

Globally, Alonso is known by 71% of people and in his native Spain, 98% of the population know of the two-time champion. In the US, only 13% of the population are aware of the driver. However, of the US population who do know of the Spaniard, 85% like the driver and 81% say that he is an effective product spokesperson. Alongside his deal with Oakley in the US, Alonso's endorsements with Viceroy and Eurocar all add to his international exposure and appeal.

Hamilton's new deal with the Canadian Bombardier indicates how far the sport is now reaching. The British driver is known by 64% of people globally, 10 percentage points higher than the four time and current world champion, Vettel (54%). In his native Germany, Vettel is known of by 98% of the population and is seen by Germans as the fourth most influential celebrity in their country.

Nigel Geach, Senior Vice President of Motorsport, Repucom, said, "It may be a surprise to some that globally Sebastian Vettel does not score as highly in terms of public opinion as Alonso, Hamilton and Massa. Alonso's dominance in the rankings is due largely to his international deals and association with the Ferrari brand. Despite Red Bull's recent successes, globally, 59% of F1 fans have an interest in the Ferrari team, representing the highest levels of interest in any F1 team. Races are screened across 160 global markets to a cumulative global TV audience of 1.8 billion. One can see the importance this can have on perception of drivers."

"Take the US market as an example," Geach continued, "avid fans of F1 are growing, up from 15% in 2011 to 19% in 2013. Alonso is very likeable, and as the global appeal of the sport increases, he is also starting to edge ahead as the fans' favourite driver."

"For domestic markets, these rankings shift somewhat. Alonso scores highly in his native Spain and in Italy, the home of Ferrari, while Vettel, Hamilton, Massa, Nico Rosberg and Jenson Button are all good examples of the difference domestic perceptions play in local markets," Geach said.

Remarkably, in Massa's home country of Brazil, he is known by 99% of the population, which is the highest level of awareness of any driver based on domestic results. But overall Massa actually only ranks as the 40th most marketable person in Brazil.

However, seven-time world champion Michael Schumacher, who is fighting for his life following his skiing accident in December, has an 82% awareness globally and is ranked the 12th top endorser globally, similar to Pele and Michael Jordan. In the US, his awareness is 24%, almost double that of Alonso, while in Italy, Spain, UK, Germany, France, Russia and Brazil the figure is 95% plus.

Levels of awareness are not everything. The overall DBI scores are based on eight metrics and although awareness does play a vital role, accounting for 60% of the overall score, how the driver is seen publically by those that know of them produces a final indication of his marketability. Markets included in the global view include Argentina, Brazil, China, Germany, France, India, Italy, Mexico, Russia, Spain, Turkey, UK and US.