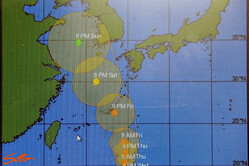 Though its future is in doubt, a number of changes have been made at the Korea International Circuit ahead of this year's race.

Included in the provisional 2014 calendar, albeit with an asterisk denoting that the event is subject to approval, the future of the Korean Grand Prix is very much in doubt.

Looking ahead to the event, Mark Webber, who saw his championship hopes end here in 2010, admitted that while the circuit has "some challenging sections and some good corners", "the atmosphere isn’t great because there aren’t many spectators".

If the race does go ahead in 2014, organisers face the additional task of the race having been moved to April, which means that an event that is already struggling to attract the fans takes place just six months after this year's race. Furthermore, despite the promises, the surrounding area is as barren as it was ahead of the first race, the promised hotels and leisure complexes never getting off the ground.

Nonetheless, ahead of this year's race, the pit exit has been re-aligned and now runs through the middle of the run-off area at Turn 1. Furthermore, the kerbs at the apexes of the pit exit are double-sided, 2x500mm wide and four metres in overall length with a maximum height of 25mm.

An even bigger problem facing organisers this weekend however, is the threat of a tropical storm hitting the region on Sunday. Heavy rain in 2010 saw the race start behind the Safety Car and subsequently red flagged for almost an hour. When the race eventually finished it was five minutes after the sun had set.