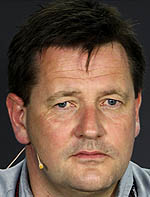 Storm clouds are gathering over the Mercedes factory in Brackley as the team waits to learn its fate at the FIA International Tribunal next month.

The team finds itself defending its right to go tyre testing with Pirelli in the week following the Spanish Grand Prix, during which it covered almost 1000 kilometres over three days. It was a fact somehow hidden from the world, a point which is argued by the team which claims it was obvious when it failed to pack up its cars as normal after the race in Barcelona ended.

For its part Pirelli is allowed to request teams to assist with its development programme using a current spec car, a clause stating as much is written into its commercial contract with Formula One. The question then is whether that clause overrules the Sporting Regulations, and the suggestion made in a statement released by the FIA, indeed the very fact the matter has been referred to the International Tribunal, suggests it does not.

"In common with other FIA contracts we've had, including the world championship, we can ask the teams if they'd like to perform 1000km of tyre testing with us," Hembery told Pitpass in the build-up to the Monaco Grand Prix.

"It was all done with co-ordination with the FIA," Hembery told us, "and Mercedes co-ordinated the FIA as other teams have done in the past."

However, according to the FIA the approach came from Pirelli, its statement claiming that "the FIA was asked by Pirelli if it was possible for it to carry out some tyre development testing with a team, using a current car.

"Pirelli and Mercedes-AMG were advised by the FIA that such a development test could be possible if carried out by Pirelli, as opposed to the team that would provide the car and driver, and that such tests would be conditional upon every team being given the same opportunity to test in order to ensure full sporting equity."

Mercedes was also involved in the operation of the car, as were its two race drivers, a clear contradiction to the FIA's statement. Also at odds is the fact that the other teams were not approached with the opportunity to test; Pirelli instead placed the onus on the teams.

"It's an ongoing request," Hembery explained. "We sent a letter last year when we chose the 2010 car saying to the teams ‘by the way we have in our contract 1000km of tyre testing and if you're interested let us know’.

"Some teams responded to our request, some didn't. We can only do it with teams that have expressed interest."

There are further question marks over just what Pirelli was testing. Without a contract for the 2014 season Hembery has been venting his frustration in recent weeks that no agreement has been made.

The investment in tyre development is not insignificant, nor is developing a tyre the work of a moment, hence Hembery's insistence that a contract needs to be sorted out sooner rather than later. But without that crucial piece of the jigsaw in place why would the company invest in testing a product for a contract they do not have, and may not get?

Raising further suspicions was the fact the test was kept quiet. Pirelli is usually one to capitalise on any marketing opportunity, especially given at least some of the work performed was focussed on improvements for the Canadian Grand Prix. But this time it remained tight lipped.

"We do a lot of other testing that we don't talk about, it depends what we're doing," he argued. "If we're looking at solutions going forward for the future sometimes you don't want people to know what you're up to because there can be some quite innovative things that you want to keep quite quiet."

There are serious question for both Mercedes and Pirelli to answer, with the FIA statement an early suggestion that it could easily go beyond a simple rap on the knuckles. There are enough inconsistencies to suggest that there is more to this one than meets the eye.