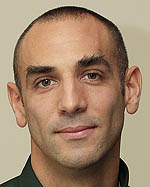 The Leafield squad was found wanting for pace during the opening race of the season in Australia and while the doomsday merchants are predicting a tough season ahead, Abiteboul believes the team's fortunes will turn around once the full 2013 car hits the track.

"We are running right now on a hybrid car, so we are pretty much where we expected it to be," he confessed on Friday. "It doesn't mean it is where we wanted it to be.

"We would like to make our way up through the grid, not backwards but up towards the front."

"We have a few races with this car so we will have to try to push hard and optimise everything we can."

Caterham has had a slightly better showing so far in Malaysia, splitting the Marussia's in both practice sessions.