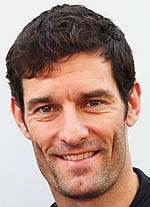 Heading into his twelfth season in Formula One, Mark Webber has been linked with a move to endurance racing for 2014, joining Porsche upon its return to the LMP1 class.

The rumours have been fuelled by the fact that Red Bull driver owns a limited edition Porsche 911 GT2 RS which he's been known to enjoy around the famous Nordschleife circuit in Germany.

Webber made his way to Formula One via the Mercedes endurance racing programme, famously crashing in the 1999 Le Mans 24 Hours when a design flaw saw him flip his CLR twice.

"Like anyone else who's interested in motorsport, I'm aware of Porsche's return to sports prototype racing and Le Mans in 2014," he told Pitpass. "It's an exciting prospect and fantastic news for endurance racing."

Webber has moved to distance himself from rumours that he is embarking on his final Formula One campaign, though he stopped short of an outright denial.

Much has been made about the Australian's future since he inked a one-year extension to his Red Bull contract shortly after the British Grand Prix last season. It marks the Australian's seventh year with the Milton Keynes squad, which has so far netted the partnership nine Grand Prix wins.

Webber openly admits he is nearer the end of his Formula One career than the start and has in recent years had to fend off ever more questions over his prolonged involvement at the sport's pinnacle. Of course, all good things must come to an end, but Webber refuses to consider his future beyond the current year.

"It's inevitable people are speculating and linking my name to things I may or may not do," he concedes.

"But, I'm not thinking about anything other than 2013 and the first race of the year in Melbourne," he added. "It's how I've played every year of my career and I'm sure if I continue to do that the future will take care of itself."

Porsche is set to make its return to LMP1 after an absence of five years. It was last involved in a factory capacity in 2008, though continued with the RS Spyder as a customer car until 2010. The company last won Le Mans in 1998 with the 911 GT1.