Lopez: We are ready for the battle 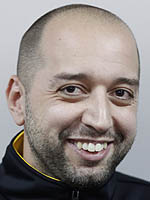 "Last year was an exciting season for us," said says Lotus F1 Team Chairman, Gerard Lopez at the unveiling of his team's 2013 contender. "We finished on the podium ten times. We won a Grand Prix. We comfortably achieved our objective of fourth in the Constructors' Championship. Our results were a strong endorsement of all the hard work we've put in at Enstone over the past three years.

"It wasn't only on track that we saw fantastic results," he continued. "Internationally known brands such as Microsoft and Unilever's Clear and Rexona appeared on the car thanks to the hard work of our commercial department. We even ran with Angry Birds and Star Wars designations thanks to the innovative approach of our PR and Marketing team.

"We launch the E21 with lofty aspirations. The E20, was a superb racing car - on occasions the fastest on track, against significant opposition. With the E21 we want to build on this and achieve yet better results.

"Our team is a real family and it's a family of over 500 people. We cannot underestimate the hard work of everyone at Enstone and beyond who contribute to the successes we have enjoyed over the course of the previous season, and the successes we hope to be enjoying in 2013."

Referring to his driver line-up, which remains unchanged, he continued: "Last year, some people thought we took something of a risk employing two drivers who had been out of Formula 1 for two years. With Kimi finishing in third position in the Drivers' Championship we demonstrated that Enstone created the perfect environment for him to flourish.

"Romain demonstrated exceptional pace and drove some superb races in his first full season of Formula 1 and we're all looking forward to building on his exciting debut season through 2013.

"Behind the scenes, we are developing and enhancing the fantastic facility we have nestling in the Oxfordshire countryside. Where in 2011 we implemented a 60% wind tunnel, so 2012 saw our 'Driver in the Loop' simulator go live. For 2013, it's our Gearbox Dyno facility which adds to
our operation, and this has particular relevance to the developments for the 2014 change in regulations.

"We took a fantastic step forward in 2012 so naturally we want to build on that and do better. Better than fourth place in the Constructors' Championship means third position or higher. Better than third position in the Drivers' Championship means second position or higher. These are lofty targets, but the only way to improve is to set yourself goals. The competition intensifies nearer everyone's goal of victory, but we are ready for that battle."