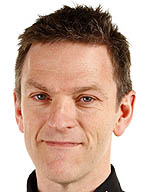 How different are the 2013 regulations compared with 2012?
After a string of quite eventful rule changes and interpretations in the years since 2009 it looks as if 2013 is going to be a year of regulatory stability. There are only a few, very limited changes, which comes as a considerable relief to the entire grid given the size of the transformation bearing down on the sport for 2014. Mind you, even with no changes to the text of the regulation, we never stop poring over the rules to look for new loopholes. Quite often, young engineers fresh from university will point out an ambiguity in the text of a regulation that has been settled for decades because they are looking at what is written with fresh eyes and no preconceived ideas about what is actually intended.

Will the cars we see in 2013 look much different from those we saw in 2012?
I'm guessing not. There is one rule which opens the possibility of a change as we will now be permitted to fit a non-structural "vanity panel" on the upper surface of the nose as a means of avoiding the duck-bill style noses that we saw in 2012. However, such a panel is optional, and I would not be surprised if the majority of the grid chose not to make use of it. The panel will add a few grammes of weight, and so it is only likely to run on the car if a team can find a performance benefit from doing so.

Does continuing with our two drivers give the technical team benefits?
The best thing about sticking with our 2012 pairing is that they are both fast! Fringe benefits also include not having to re-invent the seat, pedals, steering wheel. Not having to establish fresh relationships between engineers and drivers is also welcome.

What is completely new and what is more familiar on the E21?
Depending on where you look, some parts of the new car are a ground-up redesign and in other areas we have further optimised the best bits of the philosophy we've adopted for several seasons. The front and rear suspension layouts are substantially revised to try and give us better aerodynamic opportunities. The front wing is a continuation of the concepts we have worked on since the 2009 rules were published. For the rear wing system, we've continued work on having a satisfactory level of rear downforce stability, whilst having a maximum DRS switching potential.

Talking of DRS, what about the so-called Double DRS Device?
This is an area we continue to explore and the passive nature of the switching of our device means it is not outlawed by the latest regulations. It is not something which will be a silver bullet to transform our car, but it is something which could add performance as part of the overall design.

Are there likely to be any further 'secret weapons' in the arsenal for 2013?
That would be telling…

Does the E21 have great expectations on its shoulders?
The E20 proved itself to be an effective racing car, so there is an element of expectation from the E21. We have continued with our design themes and tried to build a more efficient and faster racing car based on all the lessons we learnt last year. We will only know how successful we have been at this, once we take to the track in Grands Prix.

What can we expect from Pirelli's 2013 tyres?
We had a brief taste of the development tyre on track in Brazil and it did appear to be a step forwards. Pirelli have also published the compound list for 2013, and we are happy to see that they are sensibly aggressive choices. Pre-season testing will give us a much better idea of what to expect, but most of the indications suggest that the tyres will play a helpful part in making another attractive season.

What are the goals and targets for 2013?
In terms of goals and targets, we never set out to build the second-fastest or third-fastest car; we set out to build the fastest and most effective car that we possibly can. We want to improve our car in all areas from last year's and we want the improvements we make to be greater than those made by the opposition. However, having said all that, the official target established by the team's owners is to achieve a minimum of third in the Constructors' Championship.