Exclusive: Too early to tell what needs to be done, admits Wolff 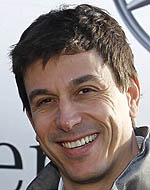 What a week it has been for Mercedes’ new head of motorsport Toto Wolff. Just over seven days ago the Austrian businessman was working away as an executive director at Williams and then that all changed.

On 21 January Mercedes suddenly announced that Wolff was joining its team with immediate effect and taking a reported 30% stake in it. The next thing we know Wolff was taking part in a round-table discussion with the media for Mercedes and dealing with rumours about staff who may be joining him and others who may be leaving. The big question is what changes is he going to make at the team. Pitpass’ business editor Christian Sylt got some one-on-one time with Wolff to ask him.

Wolff’s appointment may have been unexpected but there is little doubt that Mercedes needed to take action to turn round the fortunes of its ailing team. Mercedes has only won one race since buying the former Brawn outfit in 2009 and at the end of last year its motorsport boss Norbert Haug paid the price. Haug stepped down after 22 years in the job and it left Mercedes looking for a managing partner of its worldwide motorsport activities.

Mercedes’ parent company Daimler is a group which has over €100bn in annual turnover but it wasn’t sure whether it really understood motorsport. It wanted a professional who is not only a manager but also a co-shareholder who has entrepreneurial risk. This is what Daimler needed in order to be comfortable and this is exactly what it got.

Wolff is a former driver and started his career in 1992 in the Austrian Formula Ford Championship. In 1998 he founded an investment company and eight years later bought a 49% stake in HWA AG, the company that runs Mercedes’ DTM programme.

This began an association with Mercedes which ultimately led to Wolff being appointed to the top job at its F1 team. He is still finding his feet and says: “I can’t really tell [what I am going to do at Mercedes]. I think I have probably the same knowledge that you do from watching them and seeing what has happened. What you can see is you have a leader there who has won multiple titles with Benetton, Ferrari and Brawn and it needs to be properly analysed.

“I haven’t even been a full day in Brackley,” he admitted. “I have to look at it, watch it and then hopefully understand the stuff. Then I can make up my mind but I am not yet there. In the mean time I am involved a lot with the other motorsport activities of Mercedes-Benz. We were in Valencia today and we have tested Robert Kubica in one of our cars so there is a lot to do apart from Formula One.”

So until Wolff gets his feet firmly under his desk the F1 world will have to remain on the edge of its seat.