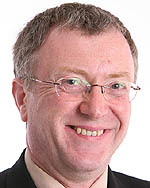 Richard Burden MP today called on the FIA to rethink its decision to go ahead with this year's Bahrain Grand Prix.

Mr Burden, who is active in Parliament on both the Middle East and motorsport, has said that with three weeks to go before the race, the governing body of motor sport should rethink and consider cancelling the Bahrain Grand Prix due to take place on 22 April.

"Damon Hill is right to call on the governing body of motor sport to rethink its decision to go ahead with this year's Bahrain Grand Prix. I say that as someone who is a motor sport nut as well as an MP with a keen interest in the Middle East.

"The inquiry which the Bahrain Government set up into the events on its streets last year proved to be more independent than many expected and there is no doubt that there are those amongst the country's rulers seeking genuine reform. It is also true that not all the problems in Bahrain come from one side.

"In a context where genuine and sustainable reform is taking place, holding a Grand Prix could be a unifying event for the people of Bahrain as well as a positive showcase on the world stage. But things are not at that stage.

"Since February last year 45 people have died on Bahrain's streets. The latest victim was killed by live ammunition only last week. Hundreds of protesters gathered at the cemetery near his home outside the capital, Manama. Reports say riot police fired tear gas and stun grenades into the crowds, setting off running street clashes.

"Such scenes are, sadly, not uncommon. Current UK Foreign Office Travel advice for Bahrain notes that "the risk of outbreaks of violence is ongoing and the security situation remains uncertain" and advises "visitors to avoid large crowds and demonstrations".

"Bahrain is nothing like as bad as the terrible situation in Syria. And F1 teams do race in other countries with unenviable human rights records. But that does not mean it is right for F1 to collude in presenting to the outside world a cocooned picture of normality at the Bahrain International Circuit, when what is likely to be going on just few miles outside the circuit could be very different indeed.

"No doubt the Bahrain authorities will move heaven and earth to minimise any risks to the teams taking part. But the long term damage to the reputation of F1 and motor sport in general could be considerable.

"In hindsight, the FIA should not have scheduled the 2012 race so early in the season. It was always going to be too early to know how far things had moved on in Bahrain since last year. F1 can't turn the clock back but, with three weeks to go before the race, it can still rethink. It should do so."