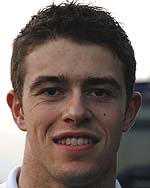 The Singapore Grand Prix had a silver lining for Paul di Resta, who recorded what he rates as his best Formula One performance to date.

Limited running during practice left the Scot on the back foot heading in to qualifying, however the Force India driver still managed to make in to the final phase of the session. With little knowledge of the car and its behaviour on low fuel and long runs, di Resta admitted on Saturday that he was venturing in to the unknown on race day.

Maintaining position from the start, he ran as high as third during the first pit stop phase, ultimately losing out to a fast recovering Lewis Hamilton to finish sixth.

"Very happy," di Resta proclaimed himself after the race. "I'm very happy with the outcome. I don't think the safety car really helped us because I still had a lot of life left in the supersoft tyres in the middle of the race, but it didn't really hurt us either.

"When we changed on to the prime we could just really manage the pace towards Rosberg and there was plenty left," he added. "It was just a matter of bringing the car home, tyres in order, saving fuel just to be safe side."