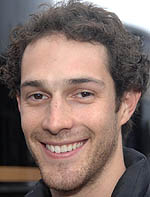 Bruno Senna has confirmed that he has a deal in place to take part in both the Belgian and Italian Grands Prix, though the remainder of the season has yet to be agreed.

"I am in for this one and the next one but beyond that, for the rest of the season, I cannot confirm anything," he told reporters at today's official press conference in Spa, "although the hope and the intention is to do the rest of the races as well."

It is understood that Heidfeld and his representatives are seeking legal clarification, the German being paid for his services whereas Senna brings much needed sponsorship cash.

Looking ahead to the weekend, his first full Grand Prix weekend since Abu Dhabi last year - though he drove in the Friday morning session in Hungary last month - Senna admitted: "It is going to be a big challenge to come back into the middle of the season, a bit later than the middle of the season, to go racing. But I have been participating in all the meetings with the engineers, and am up-to-date with all that is going on at team.

"Hungary was useful to know how the car could go," he continued, "but it will be an uphill battle to get on the form of these guys here who have been racing for eleven races now. But I am really looking forward to it, hoping to progress fast and repay the faith the team has given me.