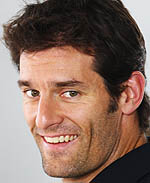 Red Bull is set to open talks with Mark Webber over the Australian's future with the team.

Out of contract at the end of the season, team boss Christian Horner has confirmed he will discuss plans for 2012 with Webber over the summer break.

"We're talking with Mark about next year," Horner revealed after Sundays Hungarian Grand Prix. "Both sides are keen to continue, so during the next few weeks we'll take the opportunity to sit down."

Webber's future has been the focus of speculation ever since teammate Sebastian Vettel joined the team. Tensions between the two famously came to a head midway through last season after the duo clashed in Turkey, triggering a saga which climaxed at the British Grand Prix.

However for all the conjecture Webber has always enjoyed support from Horner, if not from Red Bull's Formula One advisor Dr Helmut Marko. "Mark and I have a very good relationship," said Horner. "I'm expecting him to be here next year."

Webber currently lies second in the drivers' championship, 85 points behind teammate Sebastian Vettel. However, while Vettel has six wins and ten podiums so far in 2011, Webber's best result was second place in Turkey.