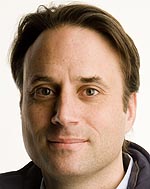 Williams chief executive Adam Parr claims that his team has no desire to split the teams' alliance and insists that the Grove outfit's suspension from FOTA is only temporary.

Speaking in the wake of yesterday's announcement that his team has been suspended by FOTA, Parr was keen to play down talk that his team's move could lead to a split within the organization and that the teams' alliance is angry with the Grove outfit's decision.

If there are bad feelings, they certainly haven't been expressed to us," he told the Telegraph. "I see it more as a pragmatic measure. If the majority of the teams want to go in a certain direction and among the minority there is a team that wants something different, then FOTA would be weakened by the continued membership of that party. I accept that.

"Frank and I were both there," he continued, referring to yesterday's meeting. "The first item on the agenda was our continued participation in FOTA. We clarified our reasons for doing what we did on Monday and we then offered to leave the room.

"After a while we were called back in and told, in a very polite and non-confrontational manner, that while negotiations with the governing body continued it would be better if we were not part of the discussions.

"One thing I would like to make clear is that there is no agenda on the part of Williams," said Parr, who is known to enjoy a close relationship with Max Mosley. "We are not trying to split the teams. We are not even trying to dissuade them. As a team we have a certain philosophy and this is an inevitable and necessary development. It may well be that other teams have a different view. I completely respect that.

"We feel there is a huge chance to resolve this," he added, "and very much hope that all the existing teams, plus one or two new ones, will be on the grid with us next year."

Fact is, having recorded a loss of £50m over the past two years and trebling its net debt in 2007, Williams was forced to take a wad of money from Bernie Ecclestone which commits the British team to F1 until 2012.