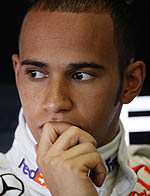 Although Toyota has opted to drop its appeal against the 25s penalty meted out to Jarno Trulli in Melbourne, it appears the FIA is to re-investigate the incident.

A story that first appeared in the German media earlier today is slowly gathering momentum, with reports that Lewis Hamilton has been called before FIA representatives at the Sepang circuit tomorrow.

The decision to re-investigate the incident, which occurred during the second Safety Car period, is the result of inconsistencies in the evidence Hamilton gave to Race Stewards during their initial investigation last Sunday.

Hamilton is understood to have told the Race Stewards in Melbourne that he did not deliberately allow the Italian to re-pass him after the Toyota driver had slid off track in the final stages of the race. Prior to the incident, the Italian had been ahead of the McLaren driver.

However, with access to all team radio communications, the FIA, which was alerted following comments the 2008 World Champion made to members of the media, is believed to have unearthed evidence that talking to his team, Hamilton gave an entirely different version of events.

Indeed, talking to SpeedTV shortly after the race, Hamilton said: "I was behind Trulli under the safety car, and clearly you're not allowed to overtake under the safety car. But he went off in the second to last corner, he went wide on the grass, I guess his tyres were cold. And I was forced to go by. I slowed down as much as I could. I was told to let him back past, but I mean... I don't know if that's the regulations, and if it isn't, then I should have really had third."

According to Trulli, Hamilton subsequently slowed to such an extent, the Italian thought the McLaren driver had a problem, and consequently re-passed him at the next corner.

Speaking to the BBC shortly after the race, McLaren team boss Martin Whitmarsh said: "At the end, under the safety car, Trulli fell off onto the grass and Lewis had no choice but to go past him, he was not on the racing circuit. Trulli then re-took the place under the safety car, which ordinarily you wouldn't do. I know that the FIA are looking at it at the moment and doubtless we'll have a ruling in due course."

Explaining his role in the incident, Trulli said at the time: "When the safety car came out towards the end of the race Lewis passed me but soon after he suddenly slowed down and pulled over to the side of the road. I thought he had a problem so I overtook him as there was nothing else I could do."

While Trulli could end up getting his third position back, it is unclear what sanction Hamilton might face.