Bernie Ecclestone's position as the richest man in the Formula One pitlane could be under threat, according to Christian Sylt.

For as long as anyone can remember, Ecclestone has been the sport's richest man, but now the Englishman is in danger of being overtaken.

Having poured £58m in sponsorship into the Red Bull team, Mateschitz has turned it around from a £15.8m loss into a £1.7m profit in its first year under his ownership. 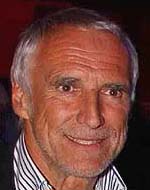 In addition to his F1 interests, Mateschitz also invests in teams contesting the World Rally Championship, GP2, NASCAR and MotoGP, where he has set up a young riders' academy.

Red Bull has a significance prominence in a number of other sports including rock climbing, wind-surfing, athletics, cycling, snowboarding, downhill racing, and many more. Mateschitz even owns his own air racing series which is shown (in the UK) on Channel 4, the co-presenter being one Tamara Ecclestone.

Mateschitz and Ecclestone are just two of Formula One's (dollar) billionaires, the others being Midland F1 owner Alex Shnaider, together with Mansour Ojjeh, who owns a 30 percent stake in McLaren, and Mari Hulman George, head of the family that owns the Indianapolis Motor Speedway, current home of the US Grand Prix.

The only driver that makes it into the ten richest list is Michael Schumacher, who is still pondering whether he will continue racing beyond the end of the current season. The German receives an annual salary of around £19m from Ferrari, together with a $1m bonus for each race win. He also receives around £10m a year from personal sponsors including L'Oreal and Deutsche Vermogensberatung, the German insurance company..

Bringing up the rear is McLaren boss Ron Dennis. A few years back the F1 'rich list' featured a number of team owners, including Frank Williams and Eddie Jordan, however, the arrival of billionaires such as Mateschitz and Shnaider means many of them have slid down the wealth rankings.

Dennis retains a 30 percent stake in McLaren and the McLaren Group, which in addition to interests in catering, marketing and electronics, manufactures the Mercedes SLR sports car