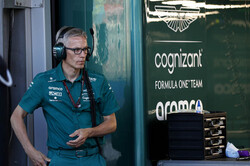 Finishing the 2022 season seventh in the standings, Aston Martin boss, Mike Krack admits that the team needs to take a significant step forward next season.

Though the Silverstone outfit had one of the most reliable cars on the 2022 grid, achieving a 91% finish rate, it was getting into the points where it missed out, scoring just 18 points finishes.

As was often the case with its predecessor(s), single-lap pace was a problem, with Sebastian Vettel and Lance Stroll only making it beyond Q1 on 19 occasions, thereby making Sunday's work all that much harder.

Only just missing out on sixth, despite Vettel's vest efforts in Abu Dhabi, team boss Mike Krack is satisfies with his team's performance but is seeking a significant step forward in 2023.

Announced in mid-January as Otmar Szafnauer's replacement, Krack joined Aston Martin from BMW’s global motorsport operation, where he was in charge of its Formula E, GT and IMSA programmes, as well as future Sportscar programmes. Prior to that, he had worked in a senior motorsport role for Porsche and previously for over a decade in F1 with Sauber and BMW-Sauber.

However, though his name caused the usual juvenile comments on social media, particularly among fans of The Simpsons, many were surprised at his appointment, not least Gerhard Berger who openly questioned the German's experience.

Indeed, his time away from F1 probably explains Krack's low-key initial approach to his new role.

"I think sometimes it is more difficult not to make radical things," he said. "I think it is important to know to stay calm.

"I have been out of F1 for many years," he added. "But some of these things have not changed. You need to analyse what is your problem? And you cannot change five things at a time. So it's about what weaknesses we have to do first."

Reflecting on his first season with the team, he says: "From the way we started the year, I think we were behind schedule. But I think we caught up quite well."

However, he admits: "In year three, we need to see a clear improvement, a clear step in terms of performance, and yeah, I would say we're on target.

"I think it's a very impressive recovery," he continues. "You clearly see the impact of people like Dan (Fallows) joining and others, mixing with the people who were there already.

"I think we have a lot of momentum, and you feel that spirit when you come in here. I think honestly, we have reason to believe we can continue on that path. So all good from that point of view."

The German admits that feedback was crucial.

"I remember very well that we were sitting together in Melbourne for very long. And we decided the first thing, we have to give the feedback to the driver, so that they can feel what the car is doing before we can identify, what do we do next?

"So from that point of view, I think it's important that you trust the people you have, without anticipating quick reactions in terms of personnel, because obviously you are losing time before the new people are back in their group, you lose another couple of months. We have that, we have the correct people, we have the right people, and the reactions were very good."

With the departure of Vettel, next season sees the arrival of Fernando Alonso, a driver still capable of delivering but one who brings with him a certain amount of baggage. 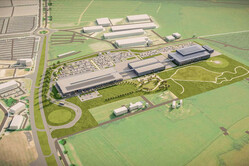 Also key to the team's plans however is the new factory which should be complete next Spring. The new facility, which is adjacent to the current factory - that of the old Jordan outfit - will form part of the new campus, which will see the old factory demolished and replaced by two new units, one housing the team's windtunnel and the other dedicated to the staff's "well-being".

"The way we run the factory now with different locations is costing quite a lot in terms of logistics and building rentals," admits Krack, "so it is about efficiency and we make a step there. You have the ability to make everything yourself but you have the ability to decide: do you buy or make it? You can make it faster if you can make them also cheaper it means you can make more, and maybe one or two upgrades more due to time and due to financial reasons you couldn’t do before, so I think it is a good step.

"The fact you can talk to people without having to arrange meetings, it facilitates dialogue easily," he adds. "The other thing is logistics, to bring stuff from left to right or from A to B it will be massively easier. So from that point of view I agree with using the name game-changer, for team dynamics and logistics."

"Efficiency covers all of it," adds Dan Fallows. "Efficiency in terms of cost, time, one of the things that marks out a competitive team is its ability to turn things around quickly, to go from design to reality in the shortest possible time.

"There are great leaps forward you can make in efficiency with that type of facility, and obviously in a cost cap world anything you can do to maximise efficiency of the cost of those parts is worth doing.

"Also with the smart factory, we have the ability to be much more detailed in terms of the analytics, detailing the production process and analysing that in a way that allows us to improve it much more than using external people.

"Building this team is a journey," says the former Red Bull head of aerodynamics, "and each of these things are kind of milestones in that journey. They all kind of contribute to our ability to operate at the level we want to operate at. And obviously, the last phases of it, which is building three, which is going to be more the employee experience, the wellness side of things, and the gym things, I think, are almost as important as the initial stages.

"But I think demonstrating that we are going that way, that we are looking at these things is almost part of the solution itself, you know, because that’s what engages people: It’s knowing that we are thinking about them.

"We want them to operate at a good level, and we also want them to feel like they’re supported and part of a team that they want to be part of."