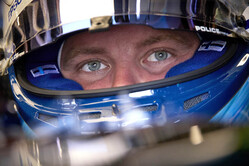 A strategic engine change for Valtteri Bottas will see the Finn start the Russian Grand Prix just ahead of Max Verstappen.

Speaking in the wake of yesterday's disastrous qualifying session, which, due to a combination of factors saw Bottas qualify 7th, three places behind his Mercedes teammate, team boss Toto Wolff admitted that the team could try something heading into the race.

"We are still thinking about possible strategic decisions to be taken in the next hour or two on what the best and quickest race strategy could be for him," said the Austrian.

While Hamilton is still on his third engine of the season, Bottas took his fourth of the year at Monza, the Finn fighting his way back to finish third in the race.

It is anticipated that Bottas, who took on a number of new power unit elements (ICE, turbocharger and MGU-H) overnight, will line-up 17th on the grid today, three places ahead of Max Verstappen.

"Valtteri will start the Russian GP from P17 after taking his fifth power unit of the season," Mercedes confirmed via social media. "The team has taken the tactical opportunity to add another PU into VB's pool for the remainder of the season."

Speaking on Thursday, Bottas, who leaves Mercedes for Alfa Romeo at season end, admitted that he would be willing to "take one for the team" as it battles for the titles.

With eight races remaining, Verstappen opted to take on his fourth engine this weekend, hence the fact that he starts from the back of the grid, while Mercedes is saying little as to when - or even if - Hamilton will take on another power unit.

Also starting from the back of the grid today is Charles Leclerc, who also took on a new power unit, however, other than the Monegasque and the Finn, Verstappen will be concerned at the possible antics of the likes of Nikita Mazepin, especially as the unpredictable and erratic Russian will be further pumped up by the fact that he is racing in front of his home fans.