All eyes on Silverstone 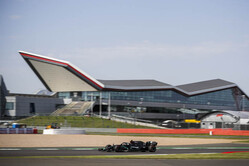 Following the decision by the UK government to extend lockdown restrictions, promoters and fans alike wait anxiously for news of the British Grand Prix.

In all honesty it came as no surprise last night when UK Prime Minister, Boris Johnson announced that the plan to end lockdown restrictions on 21 June had been dropped and said restrictions are to remain in place until 19 July.

In his briefing to the nation, the PM said he was "determined" that the restrictions will be lifted on 19 July, adding that this - ironically the day after the British Grand Prix - would be the "terminus" date.

Silverstone bosses were quick to react, emailing ticket holders for the Grand Prix to say that they "remain confident" that the event will go ahead as planned.

In a subsequent statement Silverstone said: "Following today’s announcement that the easing of lockdown restrictions will be delayed by four weeks, we’d like to reassure you that we remain confident that fans will be back at Silverstone for the 2021 Formula 1 British Grand Prix in July.

"Our ongoing discussions with the Department for Digital, Culture, Media and Sport, as well as Public Health England are positive. We will communicate the full details with you once we have them.

"In the meantime, the countdown has begun, and we will continue to send out details of how you can download your e-tickets this week so please keep an eye on your inbox.

"We hope you’re enjoying this summer weather and look forward to seeing you in July."

As it stands, the event is a sell-out, with 140,000 fans expected to attend, however, there are now fears that attendance could be capped at a much lower figure - 15,000 fans are to be allowed to attend each day of this weekend's French Grand Prix, for example - or take place behind closed doors.

The sad reality is that neither Silverstone nor the UK government knows where this is heading, and the 19 July date cannot be set in stone, far from it.

While the government is under pressure to see the Grand Prix and other high-level sporting events go ahead, the fact is that we need to get on top of this pandemic once and for all.

In recent months, Christian Sylt has turned his attention away from F1 and focussed much of his time researching the pandemic and the numbers behind it.

Indeed, at a time the UK media appears focussed on getting the clubs and theatres open, the people on holidays and allowed to attend weddings, funerals and sporting events, the picture that Christian paints is far more disturbing, and begs the question why isn't the media speaking out more on the facts that matter, in particular the official data and the trend behind it.

As concern over the various variants grows, Silverstone, along with the Wimbledon singles finals are to be given 'pilot status' on the government's Event Research Programme (ERP), a scheme aimed at better understanding the transmission rates at indoor and outdoor events.

Previously, the FA Cup final and the BRIT Awards were both run as part of the programme, albeit not at full capacity.

"We want to gather further evidence on how we can open up all big events safely, and for good," said Culture Secretary, Oliver Dowden, recently. "The expansion of trials of the NHS App and lateral flow testing will mean that bigger crowds will be able to attend a limited number of major sporting and cultural events early this summer as part of our Events Research Programme.

"In the next few weeks, this means more fans enjoying the Euros and Wimbledon, and some of our biggest cultural and sports events."

In Silverstone's favour is the fact that - as opposed to a stadium - the fans are spread out around the 3.6 mile circuit which covers 550 acres. Furthermore, the majority of fans get to the venue by car as opposed to public transport.

The fact is that uncertainty over the original virus still remains, while the variants present a whole new problem, especially in terms of the effectiveness of the vaccine.

Despite the desire to see the Grand Prix, and other events, go ahead as planned we must look at the bigger, long-term picture and sadly that is probably going to involve further restrictions for a longer period of time, mainly because the problem wasn't tackled properly in the first place.