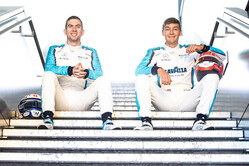 The team make their way south to the beautiful Tuscan countryside and home to one of the world's finest circuits, Mugello, for the final race of this triple header. This will be the first time that Mugello hosts a Formula One World Championship event having previously held fixtures for a number of international series over the years, most notably MotoGP. The classic Italian circuit is undulated, tucked away in the rolling hills of Tuscany and is universally adored by drivers, and ours are no exception.

Dave Robson, Head of Vehicle Performance: This week we assemble in Tuscany at the first of the new venues on the 2020 calendar. Mugello hosts its first ever Formula One race this weekend and is a stunning venue to end this latest triple-header and a fitting one for Ferrari's 1000th Grand Prix.

Autodromo Internazionale del Mugello will be new to both the fans and many people within Formula One despite it previously being used as a Formula One test track. However, very quickly the teams, drivers and fans will come to appreciate what a fantastic track it is. The fast sweeping corners and significant elevation changes will be hard on the tyres and will demand significant downforce and grip. The single DRS zone may make overtaking a little difficult, but at 800m, it is one of the longest of the season and may be enough to allow drivers to get an advantage before braking for T1.

We battled hard in the race at Monza, and although the nature of the circuit didn't suit the car very well, we secured a good final result. The nature of Mugello, which has some parallels with Silverstone and the Red Bull Ring, should be more suited to our car. Even though many teams will have access to track simulations and previous data, the Free Practice sessions are still likely to be busy as the drivers begin to understand the nuances of this great circuit.

George Russell: I am really excited to drive at Mugello. I drove there six years ago, and it was one the best tracks I have ever driven. It will be incredibly physical for all of the drivers out there with the extremely high speeds. This circuit should suit us more than the last two so I will be going there and giving it my all and hope for a good weekend.

Nicholas Latifi: Mugello is going to be a new experience for Formula One, and one that we would not have been going to under normal circumstances. Last time I was here was in 2014 for a test day, prior to that I raced there in my first year in 2012 so it has been a while. I think it is going to be a very intense track for these current F1 cars, as it is very high speed and a real neck killer. I am looking forward to the challenge as it is always nice to drive on new tracks, or ones that we haven't been to in a while. It will be a fresh challenge and we will be pushing to keep up with the improvements that we have been making all year.