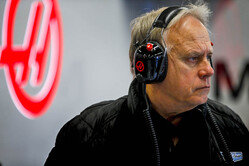 The dark cloud hanging over the 2020 F1 season has some very big names twitching as they ponder the financial hit the sport, and thereby their teams, will take.

Less races means less hosting fees, while the idea of no races, and thereby no broadcasting fees either, is almost unimaginable.

Long before the coronavirus was unleashed on an unsuspecting world there were fears over the future of Haas, and speaking earlier this month, team owner Gene Haas admitted that the opening phase of the season would have a major bearing as he contemplated the future of his team.

"I'm kind of waiting to see how this season starts off," he tells Motorsport.com. "If we have another bad year, then it would not be that favourable.

"We did five years," he continues. "That was really the test; 'we're going to do this for five years, see how it goes and evaluate it and then we'll decide whether to go forward'.

"I'm not saying we won't be back," he insists. "It has to be evaluated. But to do it for another five years, though, that would be a big commitment."

Speaking to French broadcaster Canal+, Romain Grosjean has paid tribute to the American, thanking him for his honesty.

"At least he clears things up," he said. "There is nothing worse than someone who says 'No, no, we'll stay in Formula 1, everything's fine', only to stop the whole thing completely by surprise.

"Gene was clear," he continued, "he joined F1 to put Haas Automation on the map. He now has this reputation and the brand is well known.

"He came to F1 also because he likes motorsport, he's a true petrol head," he added. "Now, is there a single person close to Haas who enjoyed watching the races in 2019? I perfectly understand what he said, and I find it rather positive.

"Sure all the mechanics are thinking 'Really? But what's going to happen?', they have more doubts. But the management, drivers and engineers know we've got to work.

"Then, as far as the mechanics are concerned, I assume that if Gene pulls the plug, the team will stay or will be bought, as it is a great squad with a successful model and has people who can work efficiently."

Fact is, coronavirus aside, with doubts over the futures of both Renault and the mighty Mercedes, Haas, which doesn't even design or manufacture its own cars, is going to be a far less attractive proposition to potential buyers than the likes of the Enstone and Brackley outfits.

The continuing doubt over the 2020 and indeed 2021 seasons might merely mean a stay of execution for the American team.