Red Bull to sue the FIA? 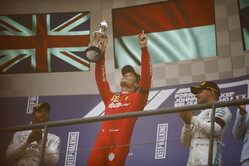 As seven teams ponder legal action against the FIA as a result of its handling of the Ferrari fuel flow investigation, Red Bull advisor, Helmut Marko believes his team should sue the sport's governing body for the prize money it missed out on in 2019.

Following the summer break, Ferrari scored three successive victories and five successive poles in a remarkable revival that threatened to overturn the championship.

However, following requests from the Austrian team, the FIA issued a number of technical directives relating to fuel flow, and in the weeks that followed the threat from the Italian team fell away dramatically.

On Friday, as pre-season testing came to an end, the FIA issued a statement which further clouded the issue, giving away no details of what its investigation into the Ferrari engine had uncovered and effectively telling the world 'nothing to see here, move along'.

However, seven rival teams believe there is something to see and refuse to move along, and while admitting shock at the manner in which the FIA has acted and its total lack of transparency, have threatened legal action.

Red Bull, which lost out most during Ferrari's short-lived revival believes it has lost out twice, not only on track but in terms of prize money also.

"We lose a double-digit million amount by finishing third instead of second," Helmut Marko told Auto Motor und Sport. "Not just because more money is distributed for second place, but because our sponsorship contracts are also performance-related. I assume that the other teams are similar.

"We have to assume we would have beaten them on the track if everything was fine with the engine," he added.

With an eye on the Spygate cheating scandal that saw McLaren fined $100m in 2007, Marko believes that the Italian team should be similarly punished. "If they really cheated, ten or twenty million would be far too cheap," he said.

"The behaviour of the FIA is the real scandal," he told Der Spiegel in a separate interview. "We should actually instruct Christian (Horner) to sue for $24 million in prize money."