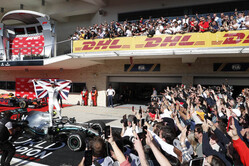 As we near the end of a decade, and the beginning of a new one, it's easy to look back and wonder where the years have gone. For F1 fans, it has felt like the last few seasons have all sort of blended together. It's been a bit like Groundhog Day, where we've kept reliving roughly the same events year-on-year.

The first part is the pre-season excitement, and the thought that this could be the year that Mercedes is finally toppled. Next is the crushing disappointment of reality when they turn up and claim pole or victory in the first race. Then comes the hardest part - the long slog till the end of the year, before the cycle starts all over again, with the mantra; "there's always next season".

2019 should serve as a cautionary tale to Liberty Media, as they seek to increase the calendar yet further. But they probably won't listen, and in a couple of years we'll have had a record 35 race season in which Lewis Hamilton and Mercedes won yet again. Don't say I didn't warn you.

As far as the year just gone is concerned, here's how the great, the average and Ferrari stacked up: 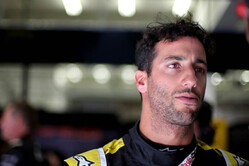 Ever since Toyota pulled out of the sport, we've lacked a manufacturer underperforming so spectacularly. Sure, Honda was a walking disaster as an engine supplier for so many years that even hearing the name is enough to give Fernando Alonso PTSD, but in terms of a full-blown manufacturer entry, it has been a while.

Well, Renault may be on its way to becoming the new Toyota. Let me explain.

After the shock big money signing of Daniel Ricciardo last year, hopes were that Renault would take a step forward this season and emerge clearly as the fourth best team, behind Mercedes, Ferrari and Red Bull. But, as you can see from the most cursory glance at the standings, they missed that target - by quite a big way, and only just avoided the potential embarrassment of finishing behind Toro Rosso.

Renault has frequently been struggling to match McLaren, and have, on occasion, seen one of their drivers eliminated in Q1 simply through a lack of performance. It has not been the sort of season to have filled you with confidence that they're anywhere close to becoming the 'next Mercedes', as has often been talked about.

The low point had to be Japan. After finishing in the points with both drivers, Renault was protested by Racing Point over the former's "pre-set, automated brake bias system". Following an investigation, both cars were excluded from the result. To put this in layman's terms, it meant their car was illegal.

Then, even more worryingly, came word from the company's interim CEO that the F1 programme would be "under review" by management, leading to concerns that Renault could soon be heading for the exit door. That has to be something to cause sleepless nights for Daniel Ricciardo, who was probably reading the fine print in his contract shortly after the news broke. 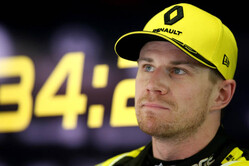 One person it won't be causing sleepless nights for however, is Nico Hulkenberg - with the German leaving the team after three seasons. He can understandably feel a little hard done by - after all, Ricciardo hasn't completely trounced him this year. But perhaps the missed podium opportunity of Germany, and his reputation of being this era's Nick Heidfeld, has come back to bite him.

It looks likely that, barring a last minute reprieve, Hulkenberg's time in F1 is over - at least for now. It's remarkable that someone who entered the sport looking like a future champion leaves with not much more than just a single pole position from nine years ago, but he's far from the first driver to have a career of "if only" moments.

Esteban Ocon makes a welcome return to the grid for 2020, but both he and Ricciardo will need to have big years, should Renault indeed leave the sport. You suspect it will depend very much on what, if any, progress the team makes next year, and podiums are a must. But, as other historic failures such as Jaguar, BMW and Toyota have demonstrated over the years, success isn't guaranteed merely by having a big budget. 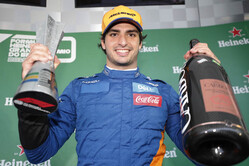 Unquestionably the turnaround of the year, McLaren has gone some way to regaining credibility after a shocking few years. Indeed, given the shambles of 2018, it's hard to believe that anyone - perhaps even the Woking team itself - saw this coming.

Carlos Sainz - overlooked by Red Bull in favour of Pierre Gasly (just how bad does that decision look now?) - has been the revelation of the year. He's had a breakout season - from the limited amount we've seen of it. Often Sunday's mystery man, it's felt like we've seen most of his season from videos posted to Reddit several days after the event. In typical form, even his maiden podium at Brazil was missed live - with the crucial penalty decision being announced long after most people had already arrived back home or switched TV channels.

Still, the inherited trophy was a reward for what has been a fabulous season. McLaren may have lost one Spanish star in Alonso, yet found another in Sainz. As for Alonso, you'd love to know what his thoughts must have been this year, seeing McLaren's dramatic upturn in form immediately after his departure. For a career that has been blighted by ill-timed moves, this seems to just be the latest. His expression at the races he's turned up to this year - not counting Indianapolis, of course - has best been described as "stoic".

Even for a double champion, his hopes of re-joining the team in the near future look slim, as the talent of McLaren's current pairing goes beyond driving duties. Sainz has single-handedly done his bit to get the 1984 Sade hit Smooth Operator back into the charts, whilst Lando Norris has been trying to lower the average age of F1's audience through a combination of press conference japes, amusing team radio and social media antics. It's been refreshing to see a talented rookie genuinely look like they're enjoying their time in the sport, and long may it continue. 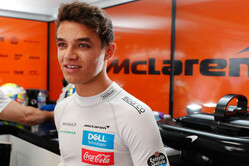 Of course, Norris - and to a lesser extent, Sainz - will enter next year with increased expectations on their shoulders. Yet from what we've seen of the highly likeable young Briton thus far, it shows he has all the makings of being another star of the future.

The gap to the top three teams is a vast yawning chasm, and it's going to be a while yet before McLaren can hope to bridge that gap. But for the first time in many years, the Woking team is experiencing something that had been an alien concept recently: hope and optimism. How much progress they can make from here into 2020 will be one of the most intriguing subplots of next season. 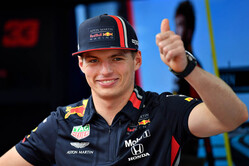 One year into the Honda experiment and little has really changed for Red Bull. Despite a strong summer when Max Verstappen was almost-sort-of in championship contention for a brief moment, it's been another year of being third best.

Yes, there have been occasional moments in the sun - such as Brazil, where their rivals tripped over each other to such an extent that there was the very real chance of an all Honda-powered podium. But generally it's hard to see much improvement, at least in pure results, compared to a year ago.

Perhaps I'm being too hasty in my judgement - and next year will be the real litmus test to see whether Red Bull and Honda can finally grow beyond being third best. You wouldn't bet against them going at least one better, but that speaks of Ferrari's continued incompetence rather than any imminent stride forward by Red Bull.

Verstappen, no doubt, will be a championship contender if and when he has the machinery at his disposal. But even though he's now at the end of his fifth year in the sport, he still has too many moments of madness. Take Mexico, for instance, when he suddenly decided the rules no longer applied to him, and quite clearly improved his pole position time under yellow flag conditions. Even more bizarre was his admission afterwards not that he failed to see the flag or any other excuse - but that, yes, he deliberately hadn't lifted. Amusingly, this earned him the most predictable penalty of the year.

Perhaps Verstappen's sizeable fan base has gone to his head. On any given weekend, you can find them if not in large numbers at the track, then on Twitter - that well-known platform of calm and reasoned debate - protesting his innocence to any and every infraction. 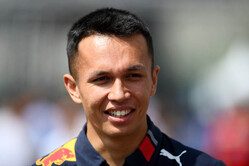 On the other side of the garage, Alex Albon has fulfilled the role of 'the other Red Bull driver' admirably, despite being parachuted in during his debut year. Whilst he's not had the same stand-out results as Verstappen, Albon has been remarkably consistent - and actually out-scored his more illustrious team mate for a run of races. A first podium was cruelly denied him by a clumsy move from Lewis Hamilton, of all people, in Brazil.

Given Red Bull's loyalty to a driver often changes on an hour-by-hour basis, Albon has done well to secure the drive for next year despite his lack of experience. In many ways, it was the least humiliating decision for the team - given the potential PR nightmare of otherwise having to promote a driver they'd previously recently demoted yet again.

But you can't help but feel that it's inevitable that Red Bull's revolving door of drivers is set to continue in the near future, and we could be revisiting this subject again before long, such is their desperation to find the 'next' Verstappen. Will they ever learn from their oft-repeated mistake of promoting inexperienced drivers far too quickly? Probably not.