Ricciardo hits out at 'fans' who cheered Hamilton crash 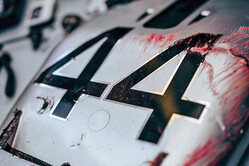 Daniel Ricciardo has hit out at 'fans' at Spa who cheered when Lewis Hamilton crashed out during FP3.

The Briton lost the rear of his car after clipping a kerb and speared into the tyre wall at Turn 12, much to the obvious delight of the crowd at that spot who cheered loudly.

Hamilton subsequently took to social media to admit his disappointment at the cheering, claiming that many people, including some race fans, do not appreciate enough the danger racing drivers face, this at a time the sport was by now mourning the death of F2 star Anthoine Hubert.

Speaking to reporters in Monza, which has witnessed more than its fair share of tragedy over the years, Daniel Ricciardo, who was deeply affected by Hubert's death, to the extent that he considered withdrawing from last Sunday's race, admitted frustration and anger at those who cheered Hamilton's crash.

"Whether you like someone or not, it is not nice to cheer for someone's downfall or mistake," said the Australian.

"He thinks the crowd assume the crash happens and we are okay or whatever, and it is not like that," he added, referring to Hamilton social media post.

"Every time we go on track there is a risk and every time we do hit a wall, whether we are okay or not, it still plays on your mind," he continued. "Every time you go back to that corner, maybe there is something psychological there.

"So it does have an impact one way or the other, physically or mentally, and I guess that is where he was coming from with that.

"I agree with him," he admitted. "But it is also so hard because the fans, unless you race and put yourself in that position, never experience what we do. It is the nature of being a fan of a sport you don't compete in. It is hard to grasp or understand.

"All we can ask for is that if you are a fan, then be a true fan and respect what we do, not only the skill but also the risk. That is probably all we can ask.

"I don't wish it upon anyone and I only knew it happened with Lewis because I read that he said it had," said the Australian. "Having rivals and whatever, you don't have to like every driver... but to behave like that, you would expect it from kids but not adults. You would hope they would behave better."

Perhaps Ricciardo should now ask the official F1 website why it felt the need to label footage of Hamilton's crash "must see".