McLaren willing to give IndyCar drivers an F1 chance 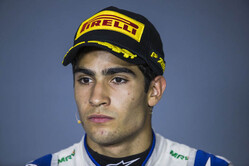 While McLaren last week confirmed that it would be making a full-time return to IndyCar next season in a strategic partnership with Arrow Schmidt Peterson Motorsports and Chevrolet, there was nothing forthcoming in terms of drivers.

Naturally much of the speculation has centred on Fernando Alonso, while current Arrow SPM team driver, James Hinchcliffe has a contract for 2020.

Interestingly, as F1 reveals that it is still pursuing a second American race and "a high-profile US team", Chase Carey has also admitted that the sport needs "a US driver", though he realises that that particular dream "probably takes longer".

Good news on the front may well come in the shape of McLaren, which admits it is open to the chance of giving IndyCar drivers their first break in F1.

When asked if the McLaren F1 and IndyCar teams could collaborate, Zak Brown said: "Certainly if we feel that one of our IndyCar drivers has a credible chance in Formula 1, then for sure, we would look to put that driver in for some rookie testing.

"We currently have a rookie driver, Sergio Sette Camara (pictured) who is under obligation of some rookie tests in Formula 1," he added, according to Motorsport Week.

"I think one of the exciting things about a combined Formula 1 and IndyCar effort is it will create opportunities for drivers, engineers, especially as we look into the budget cap and Formula One will start to change. There will be different ways to deploy our resources.

"But specifically on drivers, the answer is yes for the right one."