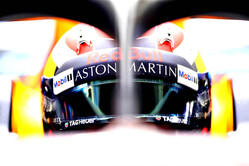 Considering the equipment at his disposal, not to mention the performance of his teammate, Pierre Gasly, much like Antonio Giovinazzi, has to be one of the biggest disappointments of 2019 thus far.

Speaking as the Austrian Grand Prix weekend got underway, the Frenchman, whose best result this season is a fifth, while teammate Max Verstappen has scored two podiums, admitted that he has to raise his game.

"At the moment no one is happy," he said, "and I'm the first one not happy at the performance. I'm a racing driver, I feel we are far from the potential we have and that's not pleasant and no one is happy.

"At the moment the focus is just on putting everything together," he continued, "and it's the same on my side, there are things I can do better as well but we are clearly not showing the potential. I think that's the main thing to focus on at the moment."

It's understood that Red Bull has investigated his car thoroughly since last weekend, after set-up changes during FP3 and qualifying had a negative effect.

"I'm not going to go into details on everything," he said, "but we are all developing to extract our full potential this weekend. That's what we are going to do.

"At the moment it's a bit inconsistent, some sessions we are fast, others not," he added. "So it's just finding the consistency and consistent base, that's the main thing. Sometimes we are fast but we need to be as consistent as the other car.

"It's for different reasons. It's really important to find what works and build from that base. But at the moment we are struggling to find it."

Looking ahead to this weekend, he said: "We have ideas. I think for this weekend it should be fine."