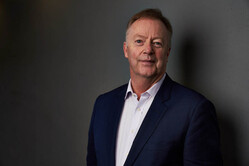 McLaren Racing has appointed Mark Waller to the new position of Managing Director, Sales and Marketing, the company announced today.

Waller will oversee all aspects of the company's commercial and marketing activity, reporting to Zak Brown as the team intensifies its focus on developing the McLaren brand and growing its global partner portfolio.

A British national, Waller has had an international business career that spans more than 25 years with global companies and comes to McLaren from the NFL, where he has served as a senior executive for the past 13 years.

He is currently Executive Vice President of International, driving the successful growth of the NFL outside the US, and previously served as Chief Marketing Officer from 2009 to 2014. In that role, he oversaw the league's marketing, as well as the NFL's international activities. He was responsible for developing the NFL's long-term fan development and brand strategy and served on the league's Business Ventures senior management team.

Waller graduated from Durham University with a BA degree in Spanish and Italian. After graduation he joined Gallaher Ltd in 1983 and then joined Guinness in 1988 as a Regional Director. He moved to the US in 1996 and served as President for the company's Central Region. His final role before joining the NFL was with Diageo North America as Executive Vice President for Consumer Strategy and Marketing.

"Securing Mark in this new role is another important step in our long-term plan," said Zak Brown, "and I'm pleased someone of Mark's experience and stature has decided to come to McLaren. His energy, insight and imagination will contribute to McLaren staying at the forefront of the commercial and marketing landscape, not only in Formula 1 but also in sport, lifestyle and technology."

"The McLaren name is among the most powerful sports brands in the world," added Waller, "steeped in human endeavour, technology, innovation and creativity. Allied to the exciting evolution of Formula 1 as a modern global sports property and the long-term ambitions of McLaren, this was an opportunity I couldn't refuse. I look forward to joining the team."