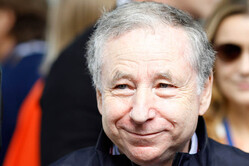 Jean Todt has revealed that the finalised plans for the sport post-2020 will be presented before the Bahrain Grand Prix.

Other than the technical regulations, which are aimed at giving the sport a futuristic and aggressive look, the sport’s plans for 2021 include a more equal distribution of the prize money together with a budget cap intended to further level the playing field.

With the clock already ticking loudly ahead of the June deadline, speaking at a press conference in Melbourne today, FIA president, Jean Todt, said the rules package will be presented to the teams in Bahrain.

"There are ongoing discussions, it takes time," admitted Todt. "We will have a Strategy Group meeting in about two weeks - I think the 26th of March in London - and we will have also the F1 Commission on the same day.

"Those are all the different chapters on which we are working, and we should be in a position to have a finalised package to discuss with the teams on March 26."

Following their presentation at the Strategy Group meeting, the rules will be voted on by all the teams in the form of the F1 Commission.

Claiming that "good headway" has been made, Chase Carey, who was co-hosting the press conference, said: "There is a general direction we are going with everything, and then there are the details. There are ten different views on the details. It is not unique in the world to try to find compromises."