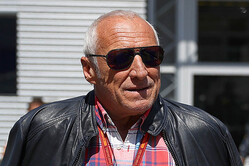 While much of the world looks to the world of plants and animals for the first signs of spring, F1 fans know that a far more accurate indication is the first threat from Red Bull to walk away from the sport... and 2019 is no exception.

With F1 still to agree the right financial and rules package for teams to sign up to a new Concorde Agreement, Christian Horner has warned that unless the package is acceptable Red Bull may pull the plug on its operation.

Of course, we've heard it all before, most notably when the Austrian team was unable to get its way in securing an engine supply with the manufacturer of its choice.

However, this time around the issue is even bigger, for other than the technical rules, the sport needs to agree a budget cap acceptable - and workable - for all, along with a restructuring of the prize money distribution which will include doing away with many of the 'special arrangements' agreed with the sport's previous owners.

Asked if Red Bull co-owner Dietrich Mateschitz could pull out of F1 if he's not happy with F1's plans for 2021 and beyond, Horner told Motorsport.com: "Absolutely, and that's his right.

"He's passionate about motorsport," he continued, "he's passionate about F1, he's enthusiastic about the new engine partnership with Honda and the potential that brings, but of course F1 has to deliver for the Red Bull brand as well. It needs to be exciting, it needs to be cost effective, the racing's got to be great, and we need to be able to play on an equal and level playing field with OEM and manufacturer teams. I think like all of us he's waiting to see what is F1 post-2020."

However, the Briton was keen to make clear that a slow start with the team's new engine partner, would not be key to Mateschitz's decision.

"He's never lacked motivation," said Horner. "Through good days and bad days he's always been tremendously supportive, and invested probably more into F1 than any other entity. Two F1 teams, a grand prix, plus all the promotion that Red Bull does around the world supporting F1, it's enormous. He wouldn't do that if he didn't believe in the sport."

Of course, there is already a question mark over Mercedes. Bernie Ecclestone told this publication that he believed the German manufacturer would pull the plug at the end of 2018, however, as it prepares for the move into Formula E, and at the same time eyeing a sixth successive title and possibly beating Ferrari's record by winning a seventh title in 2020, 2021 would be the ideal time to say auf wiedersehen to F1.

After just a couple of seasons back, Renault is already expressing its unease, while it is clear that the attitude at Haas has changed somewhat, team owner Gene Haas aware that as it stands, fourth or fifth in the standings is as good as it is ever going to get.

Throw in Ferrari's unhappiness with some of Liberty's proposals, not to mention the various financial and other challenges facing the likes of Williams and McLaren, and 2021 could be a watershed year for the sport.

Indeed, Ecclestone admits that the delay in agreeing a new Concorde is making it harder for the teams.

"The longer they leave it, the more chance there is of some of the teams stopping," he tells Motorsport.com.

"Maybe Mercedes will be stuck into Formula E, because they think Formula E is more in line with the way the car industry is going to go," he adds. "Red Bull don't need to be in it. They get so much publicity from all the other things they do. For them if they stopped it's not going to damage them at all. People think Ferrari would never stop, but the Ferrari brand is so, so strong it would be difficult to damage Ferrari. They could easily do something else in motorsport.

"The longer they leave it, the worse it is for everyone," he warns, "it's worse for the teams, worse for Liberty.

"From what I understand, nobody has said the most important thing, which is this is what we want to pay you guys. We'd like a much better show, and we're prepare to pay you this.

"I think if I was a shareholder I'd be happier once all that got put to bed," he admits. "Five years, everyone's happy, the teams are happy, the promoters are happy, and get on with it."