It's been an enormous shock, admits Williams 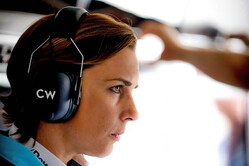 Currently seeking to leapfrog Kimi Raikkonen for third in the driver standings, Valtteri Bottas can tell you all about bad times at Williams.

In 2013, he and teammate Pastor Maldonado scored five points between them, as the Grove outfit scraped to ninth in the team standings, just above Marussia and Caterham who both failed to secure a single point.

A year later, and armed with the all-conquering Mercedes power unit, not to mention the recruitment of veteran Felipe Massa, the nine time champion constructor finished third, a feat it repeated again a year later.

Though in 2016 and again in 2017, Williams fell behind Force India, nobody expected things to go quite so badly in 2018. At a time McLaren is barely recognisable from the team which won all but one race in the 1988 season, not to mention those 12 driver and 8 team titles, so too Williams is but a shadow of its former self.

And looking back on a season which has seen her father's team slip to last, without even the comfort cushion of a Marussia or Caterham to soften the blow, nobody is more shocked than team boss Claire Williams.

"It's been an enormous shock actually," she tells the official F1 website. "I fully expected to come into this year in a much better place. I think we all did, and probably a lot of fans of ours around the world thought that we were going to be coming out with a much quicker race car.

"That was the expectation," she continues, "so when we got to testing, we didn't even have to wait till Australia to really realise that that wasn't the case.

"As the season has progressed, certainly in the earlier races, it was an enormous shock," she admits. "I couldn't quite believe that Williams was repeatedly finding itself down at the bottom of the grid, either in qualifying or the race. And I don't think I've quite gotten over that shock yet. All I know is that there are two races to go and I can't wait until the chequered flag in Abu Dhabi, if I'm allowed to say that."

Like Maurizio Arrivabene however, she insists that this is not a time for finger pointing.

"Clearly we've had countless meetings with Paddy, with the whole technical group," she admits, when asked about the various shortcomings of the FW41, which, let's not forget, is powered by that same all-conquering Mercedes engine. "Clearly there are a number of issues at play but I'm not a one to air dirty laundry.

"One of the things that I'm proudest of this year is that the team has really stuck together," she says. "We could have imploded, we could have all started a load of in-fighting, we could have sacked half the people, but that's not the way that I wanted this to play out.

"Of course we've had conversations, and we know the clear areas of weakness. I think probably the world can see the biggest areas of weakness for us, and of course there has to be accountability. We have to look at where we've gone wrong.

"Probably aero we went wrong with, cooling we went wrong with, but there are many other factors at play. You don't find yourself sliding back from P5 to P10 in the championship without a lot of other things at play as well. It's not just about how we went about designing our race car over the winter."

Despite falling to P10, despite the loss of Rob Smedley and title sponsor Martini, Williams insists that things will improve, though she admits it may take some time.

"All I can say is we're doing every single thing possible to make sure that we address every single problem that we have in this team in order to make sure 2019 is better for us," she says. But if it’s not, at least I know that we're setting ourselves up for certainly a better future beyond that."