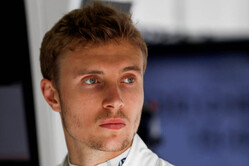 Sergey Sirotkin has been handed a 3-place grid penalty for the forthcoming Spanish Grand Prix.

On a day of high drama, which saw his teammate Lance Stroll score Williams first points of the season, Sirotkin had the dubious honour of being the first retiree in a race of high attrition.

Summoned by the stewards at race end, the Russian rookie was judged wholly to blame for the first lap clash which saw him run into the back of Sergio Perez, the Mexican going on to claim a podium finish.

"It was such a mess in the first few corners," said the Russian. "I was between two cars heading into turn three and I was just slowly and progressively squeezed between the two cars, as I was in the middle.

"At a point I saw I was not going to avoid a crash so I just lifted, hoping they would squeeze me but not hit me that much, but then already there was nothing I could do. We touched, my car jumped and when I landed, I broke my front suspension and my wing. I am just really sorry for this, as it is such a long race, but I understand that we all want to gain positions at the start, which is important.

"Parking the car in turn three is not the best feeling. This was the best weekend so far for us and I am sure we could have squeezed some points out of it."

Mess or not, the stewards, deciding that the Russian cause a collision, a breach of of Article 2d of Chapter IV, Appendix L of the Sporting Code, handed him a 3-place grid penalty for the race in Barcelona and 2 penalty points.