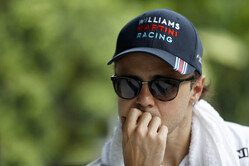 It's a situation with which fellow Garagiste McLaren can empathise, several races into the season, no points scored and languishing last in the standings behind Sauber.

While the Woking outfit puts much of the blame for that dark period down to Honda, former Williams driver Felipe Massa claims the Grove outfit only has itself to blame, the Brazilian suggesting that it put money before all else.

"It's true that the team was suffering from the financial situation and I think they made decisions for 2018 putting money first," he told Motorsport.com.

"But this is not enough to make a competitive championship," he added. "All I can say is that I came out with my head held high. I have a good relationship with everyone at Grove and I hope that the best for the team comes out as soon as possible."

Fact is however, that it was surely the team's willingness to take Mercedes money for Valtteri Bottas, meaning that Massa had to be brought back from enforced retirement when the first cracks began to appear. That, depending on your point of view, and the signing of billionaire Lawrence Stroll's son.

Facing the loss of title sponsor Martini next year, and a driver line-up that hardly inspires, no wonder team boss Claire Williams was threatening to "crack open the Champagne" when FOM presented its plans for the future of the sport in Bahrain, plans that included a more equal distribution of the prize pot and a $150m budget cap.

However, even if all goes to plan and FOM gets its way, Williams faces two more difficult years, the Grove outfit having just announced figures for 2017 which showed little growth even on the back of a fairly successful season in which the team finished fifth overall. Indeed, in his summing up, Williams Group Chief Executive Officer, Mike O'Driscoll, admits that FOM's plans for the sport are key to the team's future.