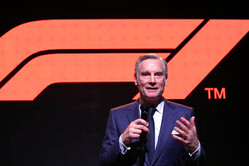 The launch of F1's, all singing and dancing streaming service has been put on hold, with no date given as to when it will now go live.

The steaming service which would have allowed subscribers to choose the content they view and how and when they access it should have been available from this weekend as the 2018 season gets underway in Australia.

However, it has been decided to delay the launch of the service while further testing is carried out.

The news will come as no surprise to fans who have previously subscribed to the sport's official live timing app which even after several years is still unreliable and inconsistent. At the time the streaming service was confirmed, Pitpass warned that if it proved to be anywhere near as patchy as the timing app it would only frustrate fans and damage to the sport.

F1 TV was to be made available in four different languages (English, French, German and Spanish) and appear in nearly two dozen markets at launch including Germany, France, USA, Mexico, Belgium, Austria, Hungary and much of Latin America. Access would initially have been available through desktop and the web, with mobile apps and TV apps being phased in on Amazon, Apple and Android, enabling users to watch on a range of different devices at no additional cost.

A less expensive, non-live subscription tier, F1 TV Access would provide live race timing data and radio commentary, as well as extended highlights of each session from the race weekend. It would also be underscored by unprecedented access to archive video content from the historic archive owned by Formula 1. F1 TV Access was to be available on a near-global basis at launch, to complement F1 TV Pro.

As previously reported, pricing for F1 TV Pro was to be offered on a monthly basis of USD$8-$12, while annual rates would be priced according to market.

Confirming the delay to the launch of the service, an F1 spokesman said: “We will do a stress test/beta test session during the Melbourne weekend with the aim to be fully operational as soon as possible.

"It's a normal process when you develop a new product," they added. "It won't be a public test, it will be an internal test. We will have people spread in various locations in the world, testing the system and functionalities."

Asked when F1 TV might go live, they admitted: “As soon as possible, but there is not a set deadline."

So, a day before the season kicks off, fans are told the much anticipated new service won't be happening any time yet, though there is still that new logo and theme tune. Like the timing app, F1 TV should have been tested to the point of exhaustion long, long before it was even announced, to confirm its delay at this late stage - and with no idea as to when it will be available - is extremely embarrassing for the sport.