Todt surprised by reaction to Halo 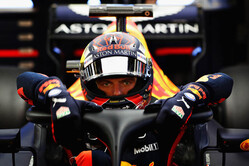 Even since the Halo was first mooted as the answer to cockpit protection in the wake of a number of incidents, in various formulae, that claimed the lives of drivers, it has polarised both fans and drivers.

In Barcelona, the first time the Halo was used in anger ahead of its race debut in Melbourne, some drivers said they were getting used to the device while others still disliked it. Most famously, Mercedes boss Toto Wolff said he would like to take a chainsaw to that which adorned the W09.

FIA president Jean Todt admits he is surprised by the ongoing negativity. In reaction to the criticism from drivers, he said: "They have short memories, as it was a request from the drivers.

"On December 16, 2015, I got a letter that was signed by Jenson Button, Sebastian Vettel and Alex Wurz," he revealed, referring to the (then) Grand Prix Drivers' Association (GPDA) directors, "urging us to decide for head protection for the drivers. And I said, ‘We are there. We will listen'.

"Immediately we asked the technical people, as a priority, to see what could come out. And on July 27, 2016 the drivers knew a meeting was going to happen and they said: ‘Don't be weak. Please respect what we have asked you on safety'. So we committed to taking that into consideration.

"I must say I am so surprised, and you know I love F1 but I hate this part of F1. You have people who don't keep their word.

"For me we are talking about the biggest asset in life: it is loyalty and keeping one's word and having respect of what you have been undertaking. We have respected that and some have forgotten that, but that is where we are.

"I am amazed to hear some people say: 'OK, motor racing is dangerous, if it happens, it happens'," he admitted. "Can you imagine how we would all feel if something happened and we would have had the halo it would not have happened?"

Referring to Toto Wolff's comment, he said: "I will not react. It is a childish game. It's very inappropriate, whoever you are, to publicly deny something which is introduced."

While the Halo was being tested, Red Bull came up with its own protection device, the Aeroscreen, which though popular with fans and those drivers that tested it, was rejected by the FIA as it lacked the necessary testing. However, since then a version of the Aeroscreen has been trialled by IndyCar with positive results.

Todt admits that in time an alternative to the Halo could be found.