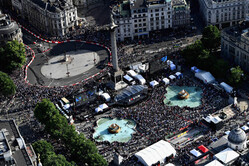 Williams decision to place Sergey Sirotkin alongside Lance Stroll this season, whatever the Grove outfit might say, tells us a lot about the multi-champions' financial needs.

Indeed, though not exactly on the breadline, the British team's need of drivers who can bring a healthy budget is indicative of those outside the big four.

Though there is the promise of the prize pot being divided more evenly, a move which will lead to some serious fireworks in the months ahead, for now teams are having to rely on what they are given from the pot - which in Williams case includes a historic bonus - and that raised from sponsorship whilst seeing their revenue cut as Liberty increases its spending as it seeks to make the sport more attractive and thereby profitable.

Though the teams face several years of reduced payments, certainly compared to the golden era of Bernie Ecclestone, Liberty assures them that its efforts will pay off and that good times are just around the corner.

Among other ways of boosting revenue Liberty is looking to increase the calendar to as many as 25 races, and today's confirmation from Forbes that Vietnam looks set to get the green light, suggests the sport's new owners are making progress, even if events like Silverstone and Austin are in doubt.

However, in order to get the clearance for exceeding the limit of 20 races, the majority consent from three specific teams is needed, said teams being Ferrari, McLaren and Red Bull.

For numerous reasons, McLaren and Red Bull are very much pro-Liberty, while Ferrari has already made its position quite clear, the Italian manufacturer having raised the spectre of a breakaway championship.

Losing out, should McLaren and Red Bull exercise their right and agree to more races, is unlikely to go down well with Ferrari and would in fact most likely drive the Maranello team further towards a showdown with F1's American owners.

Ahead of last year's British Grand Prix, ironically hours after Silverstone had pulled the plug on its contract to host the event from 2019, Liberty hosted a spectacular promotional even in central London which attracted all the teams and every driver bar Lewis Hamilton.

The event was arranged by the British event management firm Velocity which is ultimately majority owned and controlled by Guy Horner - or as Red Bull team boss Christian Horner calls him, "bruv" - and it will have been trebles all round at Christmas as Velocity looked forward to organising four similar events this year ahead of the Chinese, Russian, German and French Grands Prix.

However, a number of teams are already expressing unease, for not only are some of the events located some way from where the races are taking place, costs are believed to be down to the teams themselves. Chief of which are tyres, fuel, wear and tear on the cars and the general expenses of the drivers and team crews.

As a result, there are genuine fears that some of the events planned for Shanghai, Moscow, Berlin and Marseilles may not witness cars actually running on the streets, a move which would surely defeat the purpose of the event.

Other than representing another stand-off between the teams and Liberty, it's worth noting that as the teams' contracts with F1 comes to an end in 2020, the contracts of 11 of the current races come to an end by that time also. Though much publicity was given to China extending its contract last year, it should be noted that this also only runs until 2020. F1 will celebrate its 80th birthday then and it could well prove to be the biggest crossroads in the sport's history.