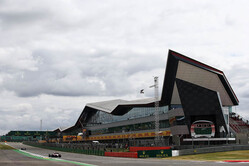 The owners of Silverstone have revealed that losses rose more than five-fold last year to £1.1m driven by lower ticket sales for the British Grand Prix according to an article in the Daily Telegraph by Christian Sylt.

On the face of it the organisers of the British Grand Prix seemed to have everything going for them in 2016. Local hero Lewis Hamilton was the reigning champion and won the race the previous year. It attracted a crowd of 139,000 which was the biggest of the year but still not enough to cover the high-octane costs of the race.

Unlike the organisers of many other sports events, F1 race promoters don't receive a share of the sport's television rights fees, trackside advertising or official corporate hospitality ticket sales during the Grand Prix. Instead that usually heads in the direction of F1's owners Liberty Media leaving race hosts with only the income from ticket sales to cover their running costs.

Governments typically pay for the annual race hosting fee as a Grand Prix promotes their country to F1's 390m TV viewers. The British government enjoys this benefit free of charge as it is the only country which doesn't support its F1 race. Consequently, it has driven the British Grand Prix off the calendar as race organisers announced in July that they will put the brakes on it seven years early from 2020.

Unlike many of its rivals, Silverstone isn't owned by a billionaire or the government. Instead its parent is the British Racing Drivers Club (BRDC), a club of 850 racing personalities including past and present F1 champions Nigel Mansell and Lewis Hamilton. They could put their hands in their pockets but they have no need to do so as they are club members rather than owners.

With no government funding to rely on the BRDC has to cover the running costs and the hosting fee largely from ticket sales alone. To make matters worse, F1 hosting fees usually rise by around 5% annually with the payment for the British Grand Prix standing at £16.2m this year. It means that ticket prices for the race need to rise annually to compensate for the increasing hosting fee.

In 2010 when the BRDC signed a 17-year contract to host the British Grand Prix, Sylt forecast in the Telegraph that the cheapest ticket prices, which then came to £125, would rise 22.5% to £153 by 2014. The article stated that by 2026 their price would need to double to £249 to compensate for the increase in the hosting fee.

In response to the article Silverstone issued a statement saying that "the figures reported bear no resemblance to the facts, or Silverstone's plans for the future. They are speculative and unhelpful. Any increase in ticket prices would be in-line with the annual rate of inflation, or rises in VAT. Silverstone is looking at alternative ways to increase revenue from the British Grand Prix to help cover any increase in costs or fees."

The statement was essentially fake news as the ticket prices didn't merely rise, they exceeded those in the forecasts. Thanks to the escalation in the hosting fee, the cheapest tickets actually hit £170 in 2014 and this year came to £199 compared to the £173 that was forecast. The higher the ticket prices, the harder it is to get spectators through the gates and that is precisely what the BRDC has found itself up against.

The boost in the ticket prices drove spectator numbers down by 1,000 to 139,000 in 2016 and they fell by a further 2,000 this year. It had a noticeable impact on the BRDC's revenue as its chairman John Grant explained in a letter to members before its AGM next week. "Revenue declined by 3%, from £56.4m to £54.9m. This was mainly due to a 5% drop in British Grand Prix revenues."

He added that "the reduction in revenue resulted in Group 'EBITDA' (earnings before interest, tax, depreciation, amortisation and exceptional items - the measure of profit which the directors consider best represents the ongoing performance of the business) declining from £3.2m in 2015 to £1.9m in 2016. After depreciation of £3.0m, interest costs of £0.2m, and a £0.3m profit on the 'disposal' of Silverstone Heritage, the net loss for the year increased from £(0.2)m in 2015 to £(1.1)m."

The letter says that the BRDC's "net assets ended the year at £2.6m, down from £4.2m at the end of 2015, mainly reflecting the £(1.1)m net loss. As has been pointed out previously, this does not provide enough financial cushion to support the risk profile of our business, so further action is required to reduce risk (largely by addressing the BGP contract)."

In other words, the turbocharged hosting fee has fuelled losses which led to the race contract being severed to give the BRDC some breathing room. It puts Liberty in somewhat of a Catch 22 as it faces either losing F1's flagship race or cutting its fee to save it which could lead to other organisers demanding the same treatment.

Testimony to this, BRDC president Derek Warwick recently said "we understand that Liberty can't just open their books up and cut the sanction fee, we know that's not possible because they'll have 19 or 20 other Grands Prix breathing down their necks straight away."

Ironically, Grant says that the road ahead is already brighter. Cost savings have arisen from economies of scale in the areas of catering, procurement and back office and he adds that "as at the end of August, EBITDA and Operating Profit were both some £1.3m ahead of budget and more than £2.5m better than last year. Cash generation has reflected this improvement, and capital expenditure and working capital continue to be well managed. As a result, our financial position should show a marked improvement at the end of the year."

In a bid to diversify its revenue stream the BRDC has signed a deal with property developer Bricks Capital to deliver a 160 to 200 room on-site hotel in Hilton's mid-priced Garden Inn chain. It is also in talks with car manufacturers about occupying new 'Automotive Brand Centres' which will be located at the track and may get access to it.

Until recently the BRDC was in talks with Jaguar Land Rover (JLR) about buying a 249-year lease on Silverstone to boost its funding. JLR wanted to use it as a test-track but hit a roadblock as Sylt revealed in the Telegraph last year. This is because Porsche, which operates a driving centre on the site, has a veto over rival manufacturers from using the circuit for more than 45 days a year.

Silverstone was taken off the market in February and Grant says "the Board had sufficient confidence in our future prospects to decide that the go-it-alone alternative could be pursued with a manageable level of risk."

Amongst these future prospects are luxury lodges at the track along with a family entertainment and adrenalin sports centre. A lottery-funded racing heritage centre is also being built and has been spun off.

Grant says that the BRDC still hasn't given up on hosting F1. "We want to retain the British GP at Silverstone for the foreseeable future, but can only do this if we have a viable economic proposition" he said. "Whatever the outcome, we should end up with a less risky, but no less profitable, business after 2019."