Bottas gets a grid penalty 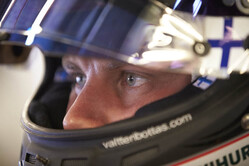 Valtteri Bottas has been handed a 5-place grid penalty for Sunday's Japanese Grand Prix after Mercedes opted to change the gearbox on his car.

While teammate Lewis Hamilton and Kimi Raikkonen also take on new gearboxes for this event, they had used their previous units for six consecutive in conformity with Article 23.5a of the 2017 Sporting Regulations, while Carlos Sainz did not finish the previous race and is therefore allowed to change his gearbox under Article 23.5a.

The grid penalty is the latest blow to Bottas who has been critical of his own performances since the summer break.

The Finn was fifth quickest in FP1, 0.985s off Sebastian Vettel's pace, and was one of the 5 drivers who didn't post a time in FP2.