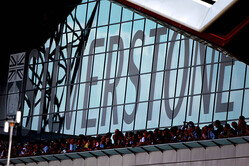 As expected, the British Racing Drivers' Club has triggered the clause in its contract to cease hosting the British GP after 2019

This means that unless a new contractual arrangement can be reached with Liberty, the new owners of F1, 2019 will be the last year that the British Grand Prix takes place at Silverstone.

The official statement confirming the move reads as follows:

"This decision has been taken because it is not financially viable for us to deliver the British Grand Prix under the terms of our current contract. We sustained losses of £2.8m in 2015 and £4.8m in 2016, and we expect to lose a similar amount this year. We have reached the tipping point where we can no longer let our passion for the sport rule our heads. It would not only risk the very future of Silverstone and the BRDC, but also the British motorsport community that depends on us.

However, I want to be clear that although we have now activated the break clause, we are fully supportive of the changes the Liberty team are making to improve the F1 experience. Our hope is that an agreement can still be reached, so that we can ensure a sustainable and financially viable future for the British Grand Prix at Silverstone for many years to come."

The BRDC has been the custodian of Silverstone for almost 70 years - owning and operating the circuit, which is the only venue licensed to run a Grand Prix in Great Britain. The organisation has invested £50m over the last 10 years to develop Silverstone - creating a world-class venue for fans to enjoy one of the great global sporting events. Today, the British Grand Prix attracts over 350,000 spectators - making it the best attended Grand Prix in the world - and draws a TV audience of over 400 million people.

As has also been reported, this Promoter's Fee increases by 5% every year. This means that over the first eight years of the contract, the 5% escalator has increased the Fee from £11.5 million in 2010 to £16.2 million in 2017. By contrast, had this fee escalated in line with UK inflation (CPI), it would have increased to only £13.6 million - some £2.8m less. By 2026, the last year of the contract, the Promoter's Fee will have risen to £25m.

The cumulative effect is that, despite being the most popular weekend sporting event in the UK, the net revenue from ticket sales and hospitality at the British Grand Prix is not enough to cover the Grand Prix's share of Silverstone's overhead costs. This is why the BRDC has taken the decision to trigger the break clause in its contract with Formula 1/Liberty Media.

The BRDC is determined to secure a sustainable future for the British Grand Prix at Silverstone. The organisation remains in discussions with Liberty Media about finding a solution that secures the long-term financial viability of the event, and hopes that an agreement can be reached."

"It is with regret that I am today announcing that the British Racing Drivers' Club, the owners of the Silverstone Circuit, has triggered the break clause in its contract with Formula 1, now owned and managed by Liberty Media. This means that, unless a new contractual arrangement can be reached with Liberty Media, 2019 will be the last year that the British Grand Prix takes place at Silverstone - the only viable venue for a British GP.

"This decision has been an extremely difficult one for us to take. The BRDC is at the heart of British motor racing and we have been promoting the interests of our sport and its fans for generations. We've been the custodians of Silverstone for almost 70 years and have nurtured the British Grand Prix into one of the world's great sporting occasions. The BRDC has also invested £50m over the last 10 years to improve facilities here at Silverstone.

"However, we have reached the tipping point where we can no longer let our passion for the sport rule our heads. Put simply, it is no longer financially viable for us to deliver the British Grand Prix under the terms of our current contract. By running the British Grand Prix we sustained net losses of £2.8m in 2015 and £4.8m in 2016 - that's £7.6 million over two years. We expect to lose a similar amount this year. To continue on this path is not only unsustainable, it would put at risk Silverstone, the home of British motor racing.

"The challenges associated with the contract signed in 2009 with the then owners of Formula 1 have been well documented. As has been widely reported, the current contract requires the BRDC to pay a Promoter's Fee to Liberty Media to host the Grand Prix, with the fee increasing by 5% every year.

"But the reality is that for many years the British Grand Prix has made a net loss. Despite being the most popular weekend sporting event in the UK - with a live audience of over 350,000 attendees - the net revenue we receive is not enough to cover the Grand Prix's share of our overhead costs, let alone turn a profit.

"This situation is not sustainable - for the BRDC, but also for the British Grand Prix and Silverstone. We cannot continue to sell our core assets in order to fund the Grand Prix. Put simply, we've run out of road and have been left with no option but to trigger the break clause.

"Our membership is fully aware of the financial challenges facing the BRDC and Silverstone, and the risks we have taken as an organisation to keep going up to this point. While we would hate to lose the British Grand Prix, Silverstone will have a bright future without it - both commercially and in terms of continuing to serve as the heart of the British motor racing community.

"But losing the British Grand Prix would have a negative impact that is felt far beyond Formula 1 and Silverstone. The UK motorsport industry today is worth an estimated £10.5 billion - employing over 45,000 people and exporting over 75% of its output. That is larger than the equivalent sectors in Germany, Italy and France combined. Having the British Grand Prix at Silverstone - the biggest occasion on the motor racing calendar - serves as a focal point for so much of what is great about UK motorsports, and the wider engineering and manufacturing sectors.

"Seven out of the 10 F1 teams are based in the UK - many close to Silverstone. This brings vital jobs to the country, as well as having a positive impact on the local communities and economy. There's a good reason why the area around Silverstone is known as the "Silicon Valley of motor sport". Take away the British Grand Prix and this is all placed at risk.

"Under its new Liberty ownership, Formula 1 has put forward some great ideas for developing F1 and we fully support their plans for creating a better show and fan experience. Putting fans at the centre of our sport is exactly what we believe in - that's one reason why Silverstone has become the most popular Grand Prix on the calendar.

"That's why we've been in ongoing discussions with Liberty's new F1 team about how the situation could be resolved - putting forward a number of proposals that we believe could secure the long-term, financial viability of the event.

"Although we have now activated the break clause, we have made it clear that we are open to working with our friends at Liberty to find a solution that works for all parties. Our hope is that an agreement can still be reached, so that we can ensure a sustainable and financially viable future for the British Grand Prix at Silverstone for many years to come."