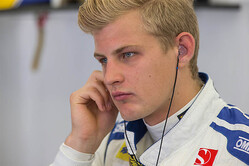 The Sauber F1 Team finished the German Grand Prix with Marcus Ericsson in P18. Felipe Nasr had to stop his Sauber C35-Ferrari on lap 58 due to a technical issue. After the factory shutdown (8th until 21st August), the Sauber F1 Team will introduce further updates on the car side.

Marcus Ericsson: "Bearing in mind that we started from the last row, it was a decent race. It was a good start during which I could overtake some cars going down to turn 1. But then one car in front of me had a moment and braked a lot. I had to brake as well, and fell back to last position after the first corner. That was disappointing after having a good start. I am definitely not happy with P18, but we knew it was going to be a difficult race. We did what we could."

Felipe Nasr: "It was not a good day for me. My start went well, so I was able to gain a few positions. I felt my tyres were losing grip quickly. We lost some time during the first pit stop, as my call to pit came too late. Towards the end of the race, I suddenly lost power. I had to stop the car due to a technical issue. It is a shame to finish a race this way, but this is also part of racing sometimes."

Monisha Kaltenborn, Team Principal: "A difficult weekend for us, which started off well, but ended on Sunday in P18 as well as with a retirement. Now we will turn our focus to the races after the summer break, where we bring new parts on the car side. We do expect an improvement in terms of the performance of the Sauber C35-Ferrari."