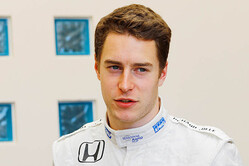 McLaren dismisses talk that Stoffel Vandoorne could replace Rio Haryanto at Manor for the remainder of the season.

In the wake of news that Rio Haryanto's season could be at an end due to his funding running out, there has been speculation as to who might take his seat at Manor should this be the case.

Whilst some have pondered GP3 championship leader Charles Leclerc making the move others have suggested that McLaren might place Stoffel Vandoorne with the British team.

Speaking to Sky Sports F1 ahead of yesterday's race, team principal Eric Boullier simply laughed and effectively dismissed the question out of hand.

Approached by Pitpass a team spokesman said: "As Ron has already said, Stoffel is very much part of the McLaren family. However, it doesn't surprise us that other Formula 1 teams are interested in him, because he's obviously very talented and very capable. But with regard to the rumour to which you allude, it's just a rumour, nothing more."