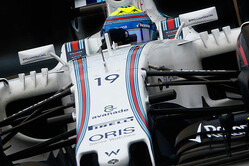 As we approach 'half distance' in terms of the current season, Williams has already switched focus to next year.

Of course, the Grove outfit is not alone, for, with an eye on the raft of new regulations in 2017, other teams have made the switch, Force India boss Vijay Mallya admitting that there will be no further wind tunnel testing for 2016 components.

While Mercedes looks to have sewn up both titles (again) the runner-up spot in the constructors' standings is still wide open, and let's not forget that this the championship that decided the prize money.

Then again, the three teams fighting for the title and runner-up spot have the biggest budgets, and therefore while they too will be working on their 2017 cars they can continue to develop parts for the remaining races of this season.

Earlier this year, Williams technical director Pat Symonds claimed that the delay in agreeing the new (for 2017) rules would hurt the small teams whilst favouring their bigger rivals. He stands by that claim.

"Not everything was confirmed in the normal time frame, but everybody knew what was coming," he told the official F1 website. "The minor little changes that we had recently really are the small bits that come out when you look at the details.

"In terms of the aerodynamic definition of the car, we were able to go on with that in February time," he continued. "As for the 'halo' device, obviously we don't know exactly where that is going, so we have to catch up with that, but it's not fundamental.

"I still stand by what I said; the later the regulations come out, the more it favours the big teams as they have a lot of people to look at different areas. That does hurt us. But in actual fact we knew the outline of the car in February, so I am reasonably comfortable.

Asked about the switch in focus from 2016 to 2017, he said: "Our major switch happened a while ago. There are still people working on the current car; we still have upgrades that we will bring. We have a new floor that we are bringing to Hungary, a new wing in Monza, so there are still plenty of things coming. But the majority of our people are working on next year's car.

"It doesn't happen on a fixed date," he continued, referring to the switch, "it is more that as each project on the current car comes to an end, that person then switches to next year.

"The point at which we've had more people working on the 2017 car than the 2016 car probably occurred in early June - something like that. I am not sure exactly as we don't make headcounts on that, but early June is my estimation."

With the team looking 'comfortable' in fourth place in the standings, unlikely to catch Red Bull and Force India 19 points adrift, was the decision to switch strategic?

"Yes, it is a strategic decision," he admits. "But also a necessary decision. We are a small team and we really couldn't afford to leave things very late. Teams like ourselves, Force India or Toro Rosso have to make such a switch early, whereas the Ferraris, the Red Bulls, the Mercedes and McLarens of this world, they have double the headcount that we have and can run parallel much longer."

Following the early season promise of 2016, which came off the back of a strong showing in 2015, the FW38 has been a lit of a let-down.

"I think that most of our competitors improved more than we expected," says Symonds. "We made the improvements that we more or less had expected to make. We probably didn't set the targets high enough.

"Some of our competitors have improved a lot," he continued. "But a huge factor also was that the power units got much more equal and that is eroding some of the advantage that we had."

Symonds has previously predicted that next season will see the power units even more evenly matched.

"That is what I believe," he says.

On the other hand, he denies that the recent upgrades to the FW38 have been unsuccessful.

"We had one aerodynamic situation that worked, but not quite as we wanted," he admits. "But everything else was very close to target. Very close."

Surely, if the power units are more evenly matched in 2017, Williams will be under even more pressure.

"It just gets harder," he admits. "But on the other hand it is also an opportunity. The 2013 car was aerodynamically very poor. The 2014 car was a major step forward under the new regulations and I have no reason to believe that we can't do it again."

Asked if the changes will see some drivers struggle, as has happened in the past, he says: "I think from the chassis and aerodynamics side - and the power unit - it will not be a problem for the drivers.

"We have seen in the past that some aerodynamic changes did not go down well with certain driving styles, but I don't expect that in 2017. What will really be a big change are the tyres. Pirelli has been asked to bring tyres that allow the drivers to push through the race. Now if they manage to do that it will be very different for the drivers. Right now the major skill that a driver has to have is to look after his tyres. If he oversteps the tyres 'bite' back. Pirelli has been asked to remove that characteristic. If they succeed then I think we will see a certain equalisation among the drivers."

"We will see wider windows to make the pit stop, so the strategic element will be less, but not eliminated.

"Of all the changes for 2017 the tyres will be the most crucial I believe. All teams aside from the three that do testing will have no knowledge of what the 2017 tyres will look like until they run them in February. Only Ferrari, Mercedes and Red Bull are testing - the rest, we need to see."

Asked if missing out on tyre development with Pirelli makes Williams and the other teams not involved, 'second-class', he says: "Not second class, but we don't have the money to do it. We wanted to join, but then we worked out the costs and it showed that we couldn't afford to do it.

"Pirelli will disseminate the information as best as they can, but it will never be the same as running it on your car. And we certainly don't have a strategic relationship with any other team!"