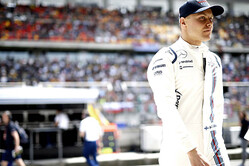 The Chinese Grand Prix proved almost too exciting for the Pitpass team as it gathers in the studio once again to dissect the race. Chris Balfe, Max Noble and Mat Coch cannot hide their enthusiasm after what they suggest was easily the best race thus far.

A mixed up race caused by a combination of safety cars, grid penalties and incidents gives the trio plenty of fodder. Between them they quickly lay the blame for the first corner collision firmly at the Sebastian Vettel's feet, not that they minded since the post-race banter with Daniil Kvyat and the Ferrari driver's recovery somewhat energised the race.

If the trio was happy with Vettel's outburst and performance they were also impressed by his countryman, Nico Rosberg. Three wins in a row to start the season gets the guys saying positive things, and when you remember the three wins at the end of 2015 there's consensus that there's a new Nico at Mercedes.

For a Formula One podcast there is a lot of talk about football, with Balfe enthusing over the current form of his beloved Tottenham. Indeed, there are parallels between F1 and the English Premier League, Coch suggests, though his claim that Leeds United remains a powerhouse is somewhat optimistic.

With a surprising focus on the race weekend itself the Chinese marshals get a mention, as does the oversize hairdryer with which they tried to (pointlessly in Coch's opinion) dry the track. Still, it made for a varied tyre strategy come the race, which made Noble especially happy.

There aren't such kind words for Valtteri Bottas however. The flying Finn, once rated as a future world champion, has lost his spark according to Balfe, while Coch puts Noble on the spot and asks if he'd hire the Finn if he was at the helm at Williams. It makes for an awkward silence.

Sauber's continuing plight gets the team talking about Alfa Romeo and just what it would mean to have the Italian name back on the grid. Balfe questions the logic of such a connection, and whether Sauber would be the best target, not to mention the importance of getting the branding right.

That's a trap others have fallen into, including the team which now calls itself Renault. Having bought out the Enstone squad at the end of 2015 its woes at the back end of the grid are self-inflicted says Balfe in a compelling argument.

And then there's Bernie, who has been back in the headlines this week.