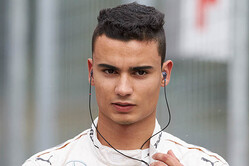 The FIA has made changes to its controversial criteria for Super Licence qualification.

In the wake of Max Verstappen's signing to Toro Rosso, the youngster aged only 16 at the time of signing, but 17 when he took to the track, the FIA introduced a controversial new system for qualification for the F1 Super Licence in a bid to introduce a minimum age and experience.

However, from the outset there were claims that the new system had gone too far and that had it been in place earlier drivers such as Kimi Raikkonen might never have made it to F1 when they did.

In particular, there was concern that under the new system some series were seen as more important than others whilst some, most notably DTM, didn't even count... which would be bad news for Mercedes hopeful Pascal Wehrlein.

Revealing the changes, the FIA explained that they were necessary for; increasing flexibility for drivers having qualified for a Super Licence, but do not have the opportunity to race in Formula One. These drivers will now keep this possibility for three years (eg. typical F1 test driver situation).

The move sees the enlargement of the list of series included in the Super Licence point system and the adjusting of points given to some series already included to better reflect the strength of series.

Ironically the WMSC approved granting the champion of the FIA Formula E Championship with a Super Licence, although the series is not part of the points system. The inaugural winner of the all-electric series being Nelson Piquet Jr who left F1 in disgrace following his role in the controversial 'Crash-gate' saga of 2008.