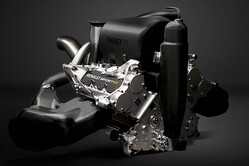 Jean Todt has promised to address the high cost of engines in an attempt to assist struggling smaller teams.

Speaking in Paris, having insisted that current criticism of Formula One is exaggerated, the FIA president admitted that he had failed in terms of addressing engine costs which have almost doubled in the wake of the introduction of the new formula.

"I do agree that it's too expensive," he said, according to ESPN. "Here I take the responsibility for probably not having secured that it would be a maximum cost to the customers.

"We are going to discuss it. I am a realist, so I want to make sure that what we do, we can do it. If we do something and we can do it, I want to make sure that I'm here, so I need some good advisors - of which I did a good job (employing) - so if we were to be challenged we can go through the challenge. So it's something we are going to address."

Returning to the medical analogy he used in terms of the sport's current ills, he said: "If Formula One has a headache, we need to define what is a good prescription. So if somebody says to me a good prescription is to get rid of these engines, I don't agree. I agree that they're too expensive but I do say that it was the right thing to have these engines."

However, his empathy for the smaller teams only goes so far, and unhappiness over the way the sport's prize pot is divided cuts no ice, especially as such matters are outwith his control.

"You hear teams complaining about the cost of Formula One. I'm a person who considers Formula One is too expensive, but, saying that, Formula One now is less expensive than it was ten years ago. Now new agreements have been signed, and signed by everybody, incidentally. They are much more favourable to some teams than to some other teams, so we are facing people who are very happy to have signed, and we are facing people who are very unhappy to have signed. Saying that, there is a common thing: they have all signed.

"I wasn't involved, and rightly so. The FIA is not involved. I am happy to take all the responsibility I need to take as president of the federation, but they all accepted and they were happy, at least I don't know if they were happy but they signed. Now they are not happy."

Asked about the fate of the smaller teams, he said: "It's not in my hands. This is why we were so supportive of Manor to stay, I hate to see somebody leave. For me it was a disappointment to see Caterham leaving. Maybe they underestimated what F1 was. People think 'Let's go, we have money to do this', it's not true. So, the competition is very difficult, very tough and to get to be competitive is very difficult. When you are competitive, to stay competitive is difficult. That is why it is unfair when people say it is so easy for Mercedes, they do a great job, it is the only thing you can say.

"I really hope that Lotus, Force India, Renault, Manor can stay, but it is not in my hands. What is unfair that they say, they know it is F1, they knew when they accepted a deal that was not as favourable to them than some others, what the cost is of F1, maybe they underestimated the sponsors. It is very difficult. I have been trying to find some sponsors with some success, but sometimes I didn't have success and I was representing, at the time the biggest brand in F1. To find money is difficult. Those things are very competitive and challenging, but I think it is unfair to take, I would say, 'fake reasons' to explain why you are not happy, why you want to go, why you cannot stay. They may be reasons, but at least we should really say 'I want to win... I cannot win, I am going to leave'."

Fact is, the likes of Manor and Caterham, albeit in different guises were encouraged by the FIA to join F1, lured by the promise of a price cap that the governing body was not unable to deliver but presided over as costs rose ever higher.

It is all very well for Todt to say such matters are not in his, thereby the FIA's hands, the fact is he is president of the governing body... he must govern. Furthermore, the 'nothing to do with me guv', 'this didn't happen on my watch' excuses don't cut it.